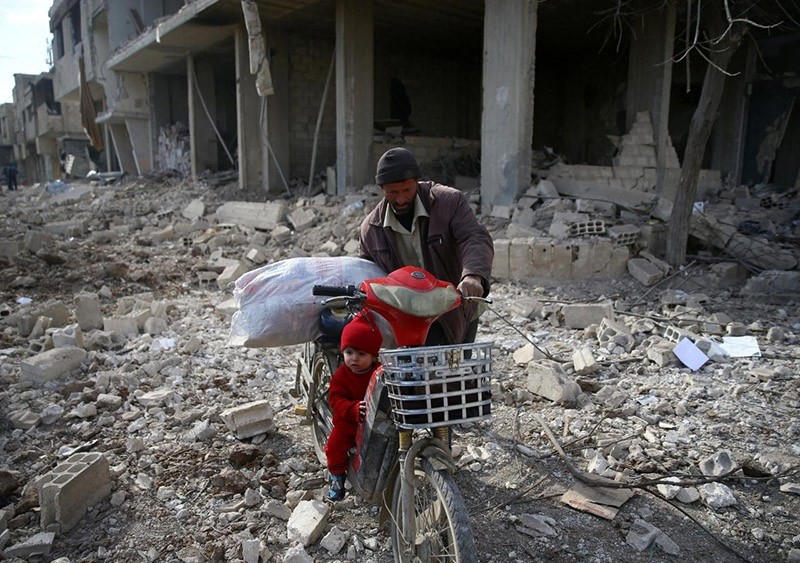 World Food Programme spokeswoman Iolanda Jaquemet said the convoy, waiting at the al-Wafideen crossing into the opposition-held enclave's northern pocket, contained enough food aid for 26,100 people for one month, among other items.

What was the Syrian opposition's largest piece of territory near the capital Damascus has been split into three encircled pockets by a government offensive that began nearly a month ago.

The aid convoy will head for the town of Douma in the northern pocket, controlled by opposition faction Jaish al-Islam.

It contains 5,220 ICRC food parcels and 5,220 WFP flour bags, Jaquemet said. A parcel can feed a family of five for one month.

This would be the third successive day on which small groups of civilians have left.

Citing the Centre for Reconciliation in Syria, a body run by Russia's defense ministry, Interfax said eastern Ghouta would receive 137 tonnes of food as humanitarian aid.