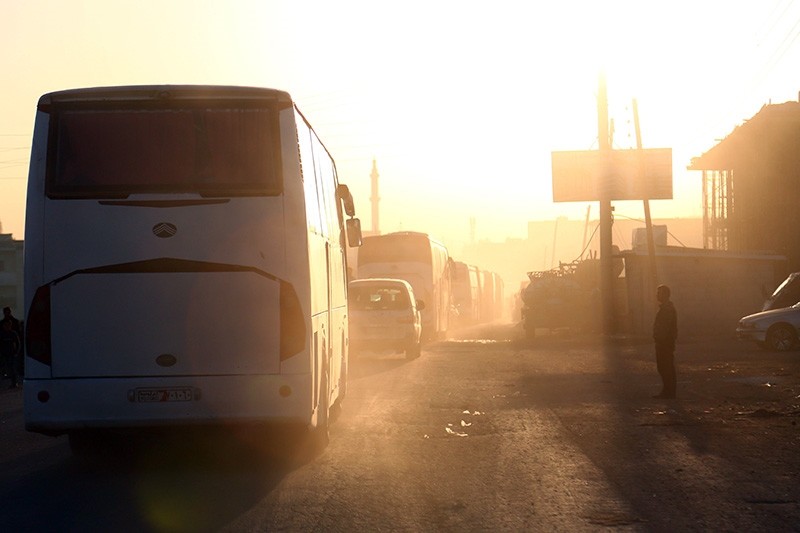 Buses carrying Jaish al-Islam fighters and their families, from the former rebel bastion's main town of Douma, arrive in the Syrian town of Azaz on April 5, 2018 on their way to a refugee camp (AFP Photo)
by Compiled from Wire Services Apr 08, 2018 12:00 am

The Syrian State TV said that an agreement has been reached to release all prisoners from Douma in return for Jaish al-Islam departing to northern Syria.

Under the agreement, all fighters of the Jaish al-Islam, which controls Douma, will safely leave the town in return for the release of all people in the group's captivity, Syria's state news agency SANA said, citing an unnamed official source.

According to the agreement, Jaish al-Islam fighters will leave Douma for the northern city of Jarablous within 48 hours, the source added.