From 'Don't attack Syria' to 'Big price to pay,' here's how Trump's Syria policy has evolved 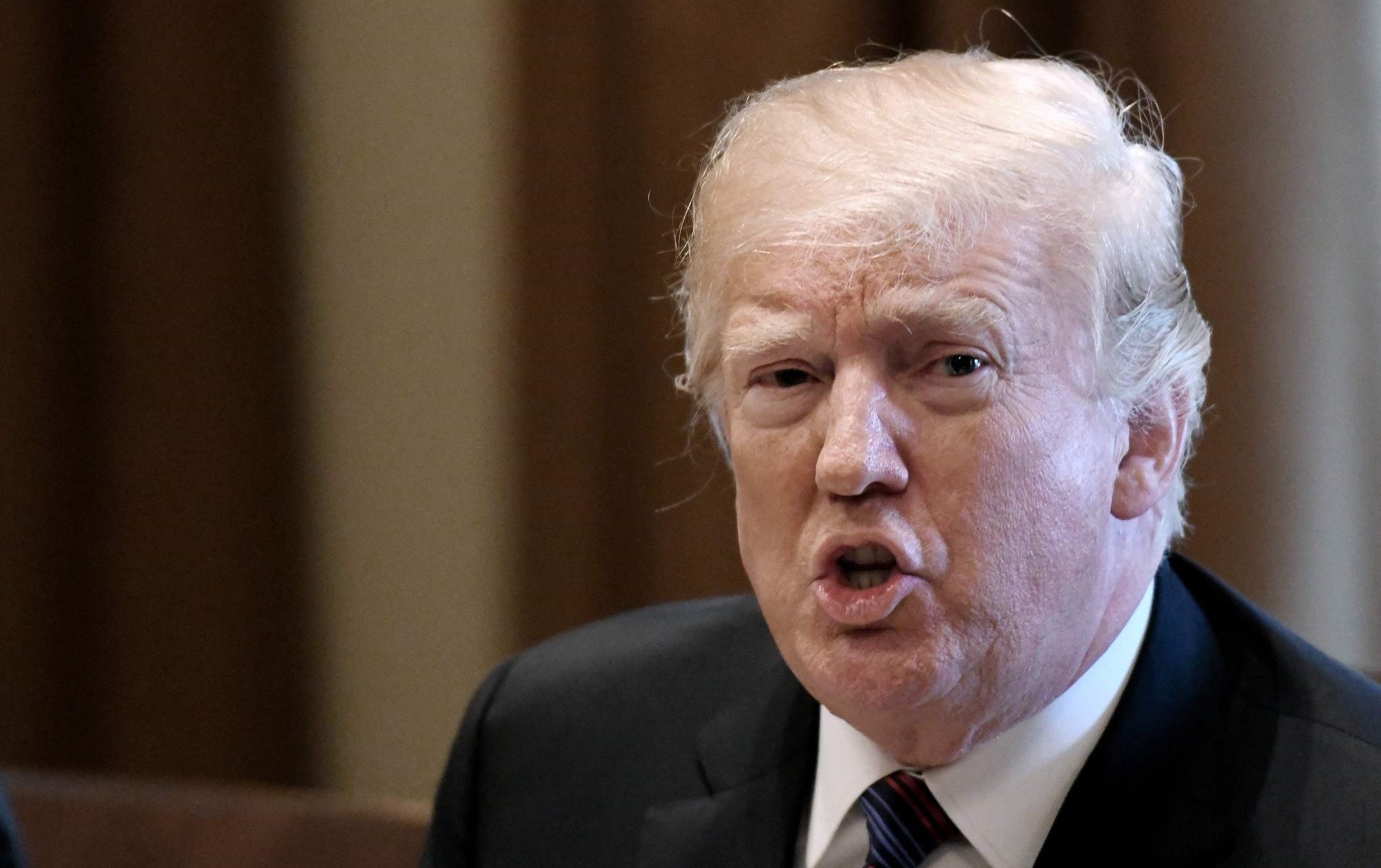 Once warning his predecessor to stay out of the Syrian quagmire, Donald Trump's view of a U.S. intervention in Syria has evolved remarkably over the course of the crisis.

Trump vowed in a tweet late Saturday that Syrian regime leader Bashar al-Assad would pay a big price for an alleged chemical weapons attack in Syria's eastern Ghouta and put the blame on former President Barack Obama, saying the disaster would have ended if he had "crossed his stated Red Line In The Sand."

If President Obama had crossed his stated Red Line In The Sand, the Syrian disaster would have ended long ago! Animal Assad would have been history!

Nearly four years ago, when Obama had made his famous "red line" threat, Trump himself tweeted: "President Obama, do not attack Syria. There is no upside and tremendous downside. Save your powder for another (and more important) day!"

AGAIN, TO OUR VERY FOOLISH LEADER, DO NOT ATTACK SYRIA - IF YOU DO MANY VERY BAD THINGS WILL HAPPEN & FROM THAT FIGHT THE U.S. GETS NOTHING!

President Obama, do not attack Syria. There is no upside and tremendous downside. Save your "powder" for another (and more important) day!

Trump also urged Obama to seek congressional authorization to carry out military strikes against the Assad regime when 1,400 were killed by a sarin gas attack in eastern Ghouta, which was almost certainly the work of the Assad regime.

AGAIN, TO OUR VERY FOOLISH LEADER, DO NOT ATTACK SYRIA - IF YOU DO MANY VERY BAD THINGS WILL HAPPEN & FROM THAT FIGHT THE U.S. GETS NOTHING!

But to the surprise of the United States and the world, he said he would put any decision over military action in Syria to a vote in Congress, essentially ruling out any immediate attack.

In the end, Obama's White House indirectly listened to what Trump was suggesting and never directly intervened militarily against the Assad regime, anxious to maintain the region's crumbling geopolitical and military balance.

After another chemical attack on the Syrian town of Khan Sheikhun in April 2017, Trump was standing in Obama's shoes from almost four years ago -- and he decided to step in a different direction.

Trump responded to that strike three days later, when U.S. warships in the Mediterranean fired 59 cruise missiles at a Syrian airbase, without Congress approval.

The Saturday's attack and Trump's promise to pay Assad a heavy price would also force him to reconsider his plans for U.S. troops to leave Syria "very soon."

In late March, Trump said those U.S. troops would be coming home "very soon," a position that was seen as at odds with that of many other Washington officials.