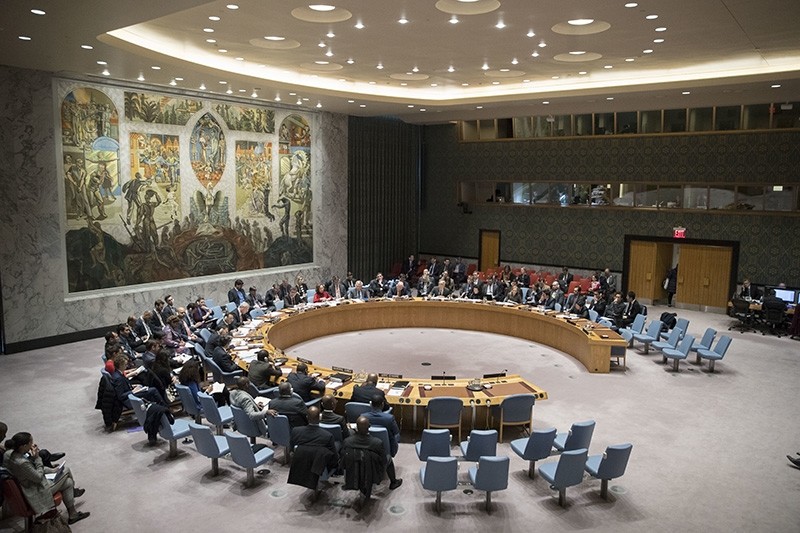 The United Nations Security Council will likely meet Monday to study the situation in eastern Ghouta, diplomats said Sunday, after an alleged chemical attack that killed more than 70 civilians.

The meeting is called for 1900 GMT on Monday.

Along with the U.S. and other security council members, France's foreign minister on Sunday called for U.N. Security Council to meet quickly to survey the crisis.

"France is working with its allies and international organizations to verify the reality and the nature of these strikes," Le Drian added, calling the bombings "a flagrant violation of international humanitarian law."

France has repeatedly warned that evidence of further use of chemical weapons in Syria was a "red line" that would prompt French strikes.

"The use of chemical weapons is a war crime," Le Drian said in a statement, adding that France had asked the U.N. Security Council to convene as soon as possible to examine the situation in eastern Ghouta.

The alleged chemical attack that left dozens dead in Syria's rebel-held town of Douma sparked international outrage Sunday, with U.S. President Donald Trump warning there would be a "big price to pay."

Douma is the last remaining opposition-held town in Ghouta, once the rebels' main bastion outside Damascus but now ravaged by a seven-week regime assault.

In March, French President Emmanuel Macron and U.S. President Donald Trump vowed there would be "no impunity" in the event of further chemical weapons use in the conflict.

Bashar al-Assad regime and Moscow have both denied any use of chemical weapons as "fabrications."

Hundreds of civilians have been killed in eastern Ghouta since the Syrian army began new air strikes on Feb. 18.

Aid workers have warned of dire medical needs in the enclave and the urgent need to evacuate the many sick and wounded.