At least 14, including Iranian forces killed in strike on Syria air base 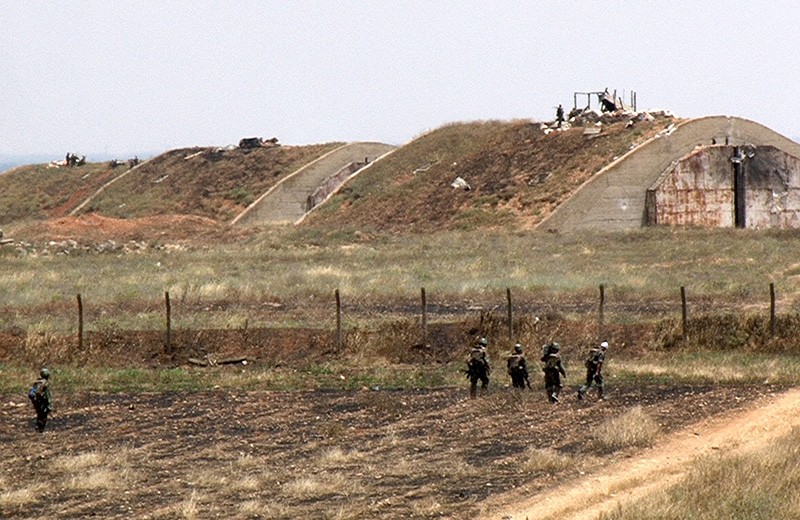 An early-morning strike on an Assad regime air base in the country's center killed 14 fighters, including Iranian forces allied to the regime, a monitoring group said on Monday.

"At least 14 fighters were killed in the strike on the T-4 airport, among them Iranian forces," said the Syrian Observatory for Human Rights, a Britain-based war monitor.

Syrian state media had earlier reported dead and wounded in the strike, without giving casualty figures.

Earlier Monday, missiles targeted the T-4 military base in Homs province, state media reported, but it remained unclear who was behind the attack after the U.S. denied involvement.

"Our air defenses confronted a rocket aggression on T-4 military airport," SANA quoted the source as saying. The source added that eight missiles were shot down.

It was not clear who carried out the raid, which came after aid organizations estimated that more than 70 people were killed in an alleged chemical attack on opposition-held Douma, outside Damascus, on Saturday.

The Pentagon denied the U.S. was responsible for the strikes, which came hours after President Donald Trump vowed there would be a "big price to pay" for the chemical attack.

"At this time, the Department of Defense is not conducting air strikes in Syria," the Pentagon said.

"However, we continue to closely watch the situation and support the ongoing diplomatic efforts to hold those who use chemical weapons, in Syria and otherwise, accountable," it continued.

The T-4 base lies in Syria's central Homs province and is also known as the Tiyas airport.

Forces from regime allies Russia and Iran, as well as fighters from the Tehran-backed Lebanese Hezbollah militia, are known to have a presence there, said Observatory chief Rami Abdel Rahman.

The Observatory, which has a wide network of sources across war-ravaged Syria, said it could not confirm who carried out the attack on the T-4 base

Israel carried out strikes against an Assad regime base in the country's center in February, with the Observatory identifying it at the time as T-4.

Israel has struck targets inside Syria on multiple occasions throughout the country's seven-year war, including those linked to Iran and Hezbollah or to Assad's chemical weapons program.

The raid came as worldwide outrage mounted over a reported chemical weapons attack on an opposition-controlled town outside the Syrian capital.