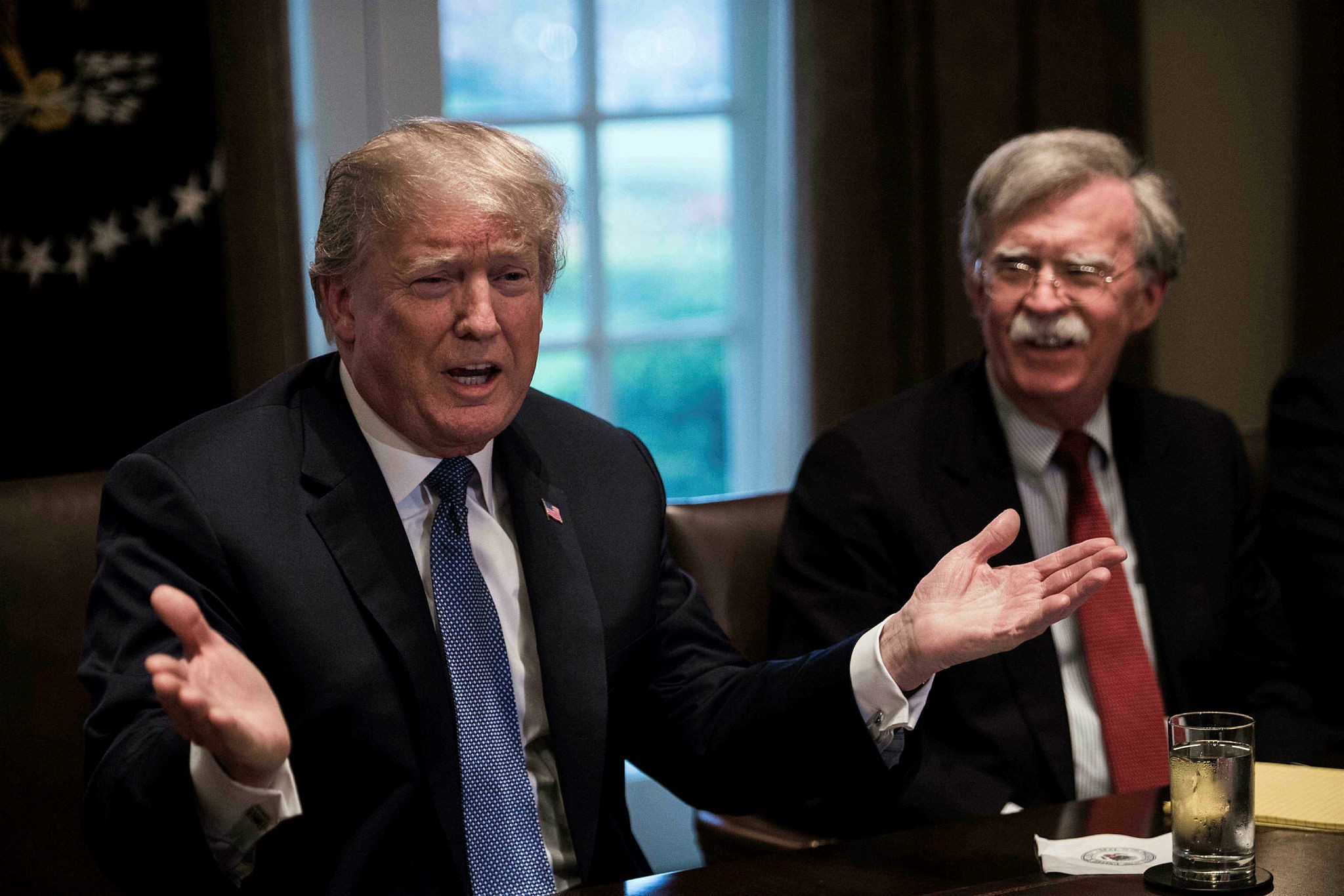 US President Donald Trump speaks during a meeting with senior military leaders at the White House in Washington, DC, on April 9, 2018. At right is new National Security Advisor John Bolton. (AFP Photo)
by Daily Sabah Apr 09, 2018 12:00 am

"The chemical attack in Syria will be met forcefully. I will make a decision tonight or shortly thereafter. We have a lot of military options in Syria," U.S. President Donald Trump said late Monday.

The United States has not ruled out military action against Syria's Assad regime, U.S. Defense Secretary James Mattis also said earlier on the same day in response the most recent chemical gas attack on civilians.

"I don't rule out anything right now," Mattis said while meeting with the emir of Qatar, Sheikh Tamim Bin Hamad Al-Thani, at the Pentagon.

"The first thing we have to look at is why are chemical weapons still being used at all when Russia was the framework guarantor of removing all chemical weapons, and so working with our allies and partners from NATO to Qatar and elsewhere we are going to address this issue," Mattis said.

Meanwhile, U.S. government sources said that initial assessment suggested that nerve agent was used in the attack that has killed over 70 civilians in eastern Ghouta's Douma.

U.S. President Donald Trump vowed in a tweet late Saturday that "Animal Assad" would pay a big price for an alleged chemical weapons attack in Syria's eastern Ghouta, which killed at least 70 people and injured at least 500 others.