Use of force by US in Syria will have grave consequences, Russian envoy warns 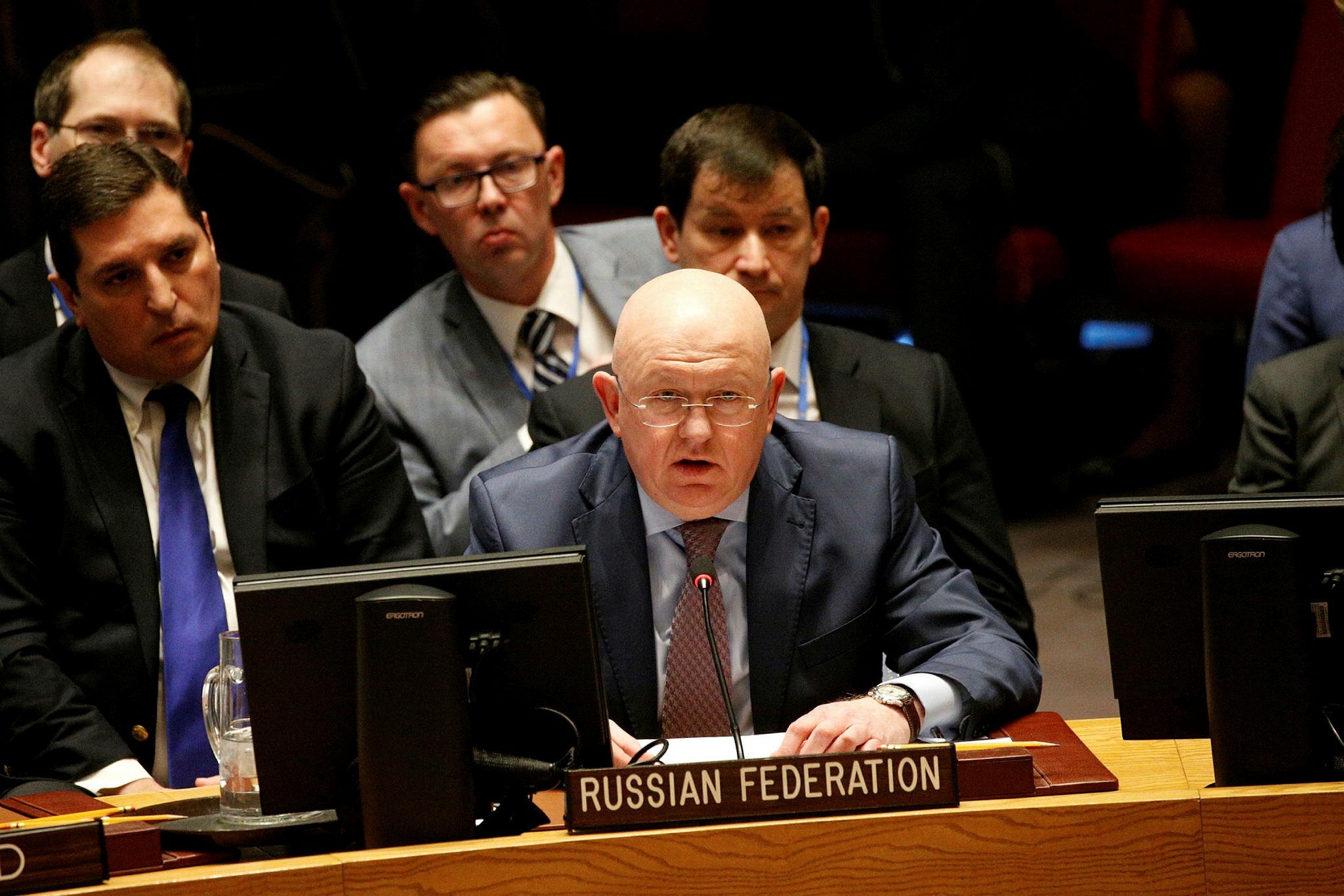 The use of force under false pretenses against Syria by the U.S. could lead to grave repercussions, Russian envoy to the U.N. Vasily Nebenzya warned during a heated debate in a United Nations Security Council meeting late Monday.

"We are quick to condemn chemical weapons in the Security Council, but then Russia prevents any action, vetoing five resolutions on this issue alone," his U.S. counterpart Nikki Haley responded.

"We have reached the moment when the world must see justice done," Haley told the council.

"History will record this as the moment when the Security Council either discharged its duty or demonstrated its utter and complete failure to protect the people of Syria," she said. "Either way, the United States will respond."

The French envoy took the debate to another level later during the session. "Russian aircraft were flying over Damascus when chemical munitions were dropped on Douma, the French envoy to the U.N. says," he said.

The U.N. Security Council's emergency meeting on the situation in Syria following an alleged chemical attack has been pushed back until 3:00 pm (1900 GMT), a French diplomat said Monday.

The meeting -- initially set for the late morning and requested by nine of the 15 council members -- has been merged with another set of talks requested by Russia on global threats to peace, the diplomat said.

The Assad regime stands accused of carrying out a toxic gas attack Saturday on Douma, the last opposition-held town in the eastern Ghouta suburb of Damascus.

Rescuers and medics said at least 48 people died after showing symptoms consistent with exposure to "poisonous chlorine gas," including foaming at the mouth and difficulty breathing.

Damascus has denied the allegations, and Russia has said there is no evidence of a chemical attack.

U.S. President Donald Trump had warned there would be a "big price to pay" for the attack, and had vowed with French counterpart Emmanuel Macron to react strongly.

Moscow meanwhile warned Washington on Sunday of carrying out a "military intervention on fabricated pretexts" in Syria.