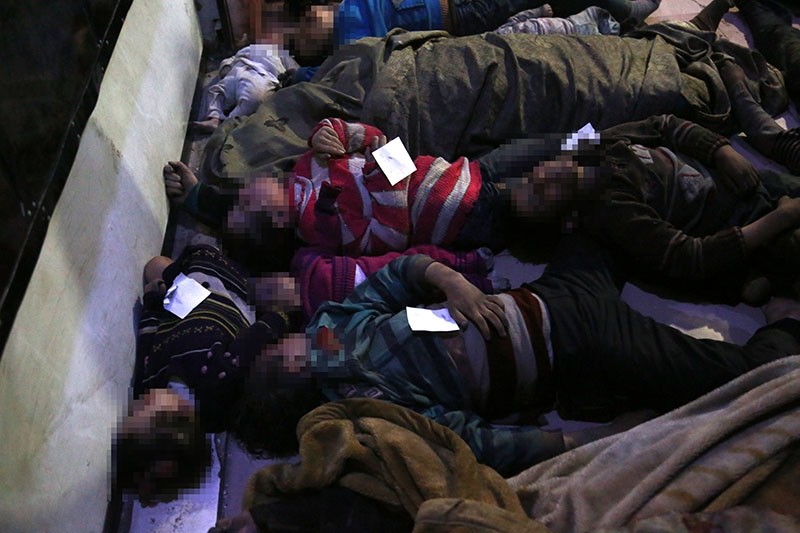 The Assad regime has invited the Organization for the Prohibition of Chemical Weapons (OPCW) to send a team to investigate allegations of a chemical attack in the eastern Ghouta town of Douma, state media reported on Tuesday.

"Syria is keen on cooperating with the OPCW to uncover the truth behind the allegations that some western sides have been advertising to justify their aggressive intentions," state news agency SANA said, quoting an official source in the Foreign Ministry.

SANA said the foreign ministry had "sent a formal invitation to the Organization for the Prohibition of Chemical Weapons to send a team from its fact-finding mission to visit Douma and investigate claims linked to the alleged use of chemical weapons there."

Later in the day, the global chemical weapons watchdog said in a statement it would "shortly" deploy a fact-finding team to the Syrian town of Douma to probe the alleged poison gas attack.

Coinciding with a request from both the Syrian regime and its ally Russia to investigate the allegations, "the OPCW technical secretariat has requested the Syrian Arab Republic to make the necessary arrangements for such a deployment," the Organization for the Prohibition of Chemical Weapons said.

At least 70 people were killed and more than 1,000 others were injured in Saturday's alleged attack by Assad regime forces. The regime and Russia denied such an attack ever took place, whereas the U.S., the U.K., France, Germany and neighboring Turkey said that they strongly suspect that the attack was carried out by the regime.

On Monday, Russia and the Assad regime both offered during the U.N. Security Council meeting to take OPCW investigators to Douma. In Tuesday's statement, the regime said it was ready to offer all assistance needed for the mission to fulfil its task.

It also called on the mission to operate "in a full transparent manner and to rely on solid and credible evidence," the statement cited by state media added.