Here's how much a US missile attack in Syria costs 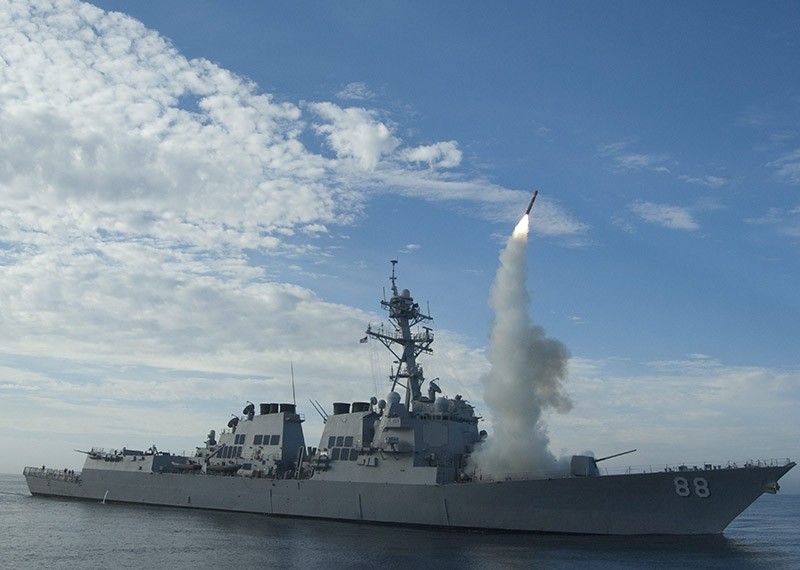 U.S. President Donald Trump vows to hit the Assad regime again, a year after striking an air base with a barrage of Tomahawk missiles.

The most recent U.S. missile strike on Shayrat air field in April 2017 has cost the Pentagon around $93 million.

According to the U.S. Navy's 2017 budget, each Tomahawk missile, made by Raytheon Co. RTN, cost $1.59 million and the U.S. used 59 of them on the Shayrat air field in response to a chemical attack that killed over 80 civilians.

Russia vows to shoot down any and all missiles fired at Syria. Get ready Russia, because they will be coming, nice and new and "smart!" You shouldn't be partners with a Gas Killing Animal who kills his people and enjoys it!

Whether a potential strike would be carried out with Tomahawk missiles again is unknown, but Trump suggested in his tweet that the missiles would be "nice, new and smart."

Earlier in September 2014, U.S. ships launched 47 Tomahawk missiles during the first night of strikes against Daesh in Syria.

These missiles can also be launched from attack submarines, but the location of these vessels is kept secret.

While a barrage of Tomahawks could overwhelm potential air defense systems, Russia has vowed to shoot down every U.S. missile that would target the Assad regime.