UK PM May ready to confirm military intervention into Syria 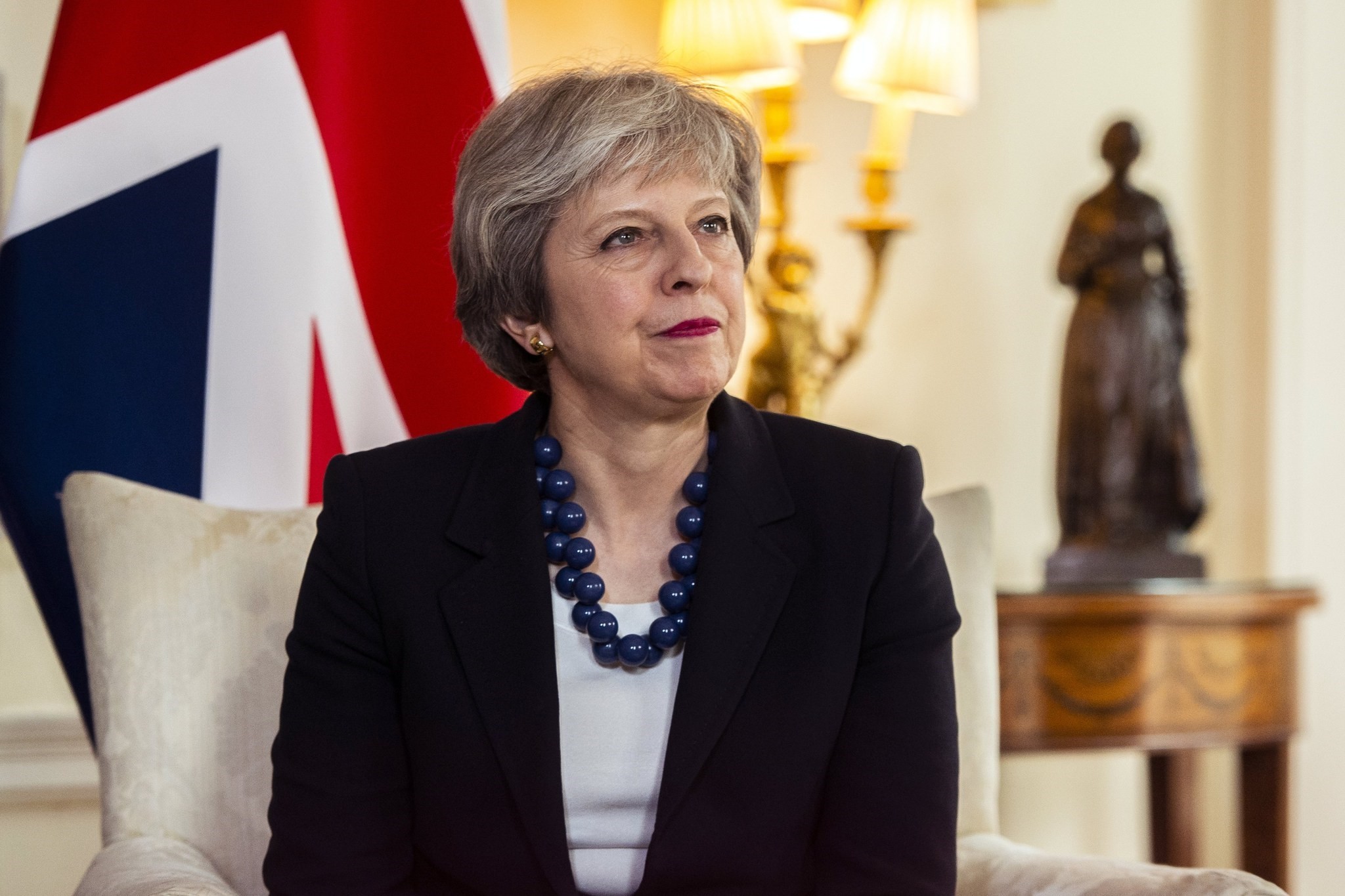 British Prime Minister Theresa May is ready to confirm military intervention into Syria and no parliamentary approval will be required, the BBC reported late Wednesday.

May moved ever closer Wednesday to committing Britain to military action against Syria, saying "all the indications" are that President Bashar Assad's forces were behind a chemical weapons attack in Douma.

May called an emergency meeting of her cabinet for Thursday afternoon to discuss Syria, and The Telegraph newspaper reported that the prime minister has already ordered British submarines to move within missile range of the country.

The cabinet meeting suggests May could decide to sidestep parliamentary approval for military strikes amid reports that Assad has begun moving his arsenal away from air bases that are likely to be targeted.

May said earlier Wednesday that the government was still assessing who was responsible for the attack on Douma. Britain has been working with its allies to determine what happened, and "we are rapidly reaching that understanding," she said during a visit to the English city of Birmingham.

"All the indications are that the Syrian regime was responsible," May said. "And we will be working with our closest allies on how we can ensure that those who are responsible are held to account and how we can prevent and deter the humanitarian catastrophe that comes from the use of chemical weapons in the future."

"We're rapidly reaching an understanding of what happened on the ground," she added.

U.S. President Donald Trump warned Russia on Wednesday of imminent military action in Syria over a suspected poison gas attack, declaring that missiles "will be coming" and lambasting Moscow for standing by Assad.

The United States, France and Britain have been consulting about launching a military strike, but May has not confirmed whether U.K. forces will participate directly.

Britain's Parliament is in recess until Monday. While May does not legally require Parliament's backing for military action, it is conventional for lawmakers to be given a vote.

Meanwhile, opposition Labour Party leader Jeremy Corbyn said on Wednesday that the British parliament should be given a say on any military action Prime Minister May wants to take in response to the suspected chemical weapons attack in Syria.

"Parliament should always be given a say on military action," Corbyn told the BBC when asked about Syria.

"Obviously the situation is very serious, obviously there has to be, now, a demand for a political process to end the war in Syria. We cannot risk an escalation even further than it's gone already."

In 2013, Parliament defeated a call by then-Prime Minister David Cameron for air strikes in response to an earlier chemical attack in Syria.