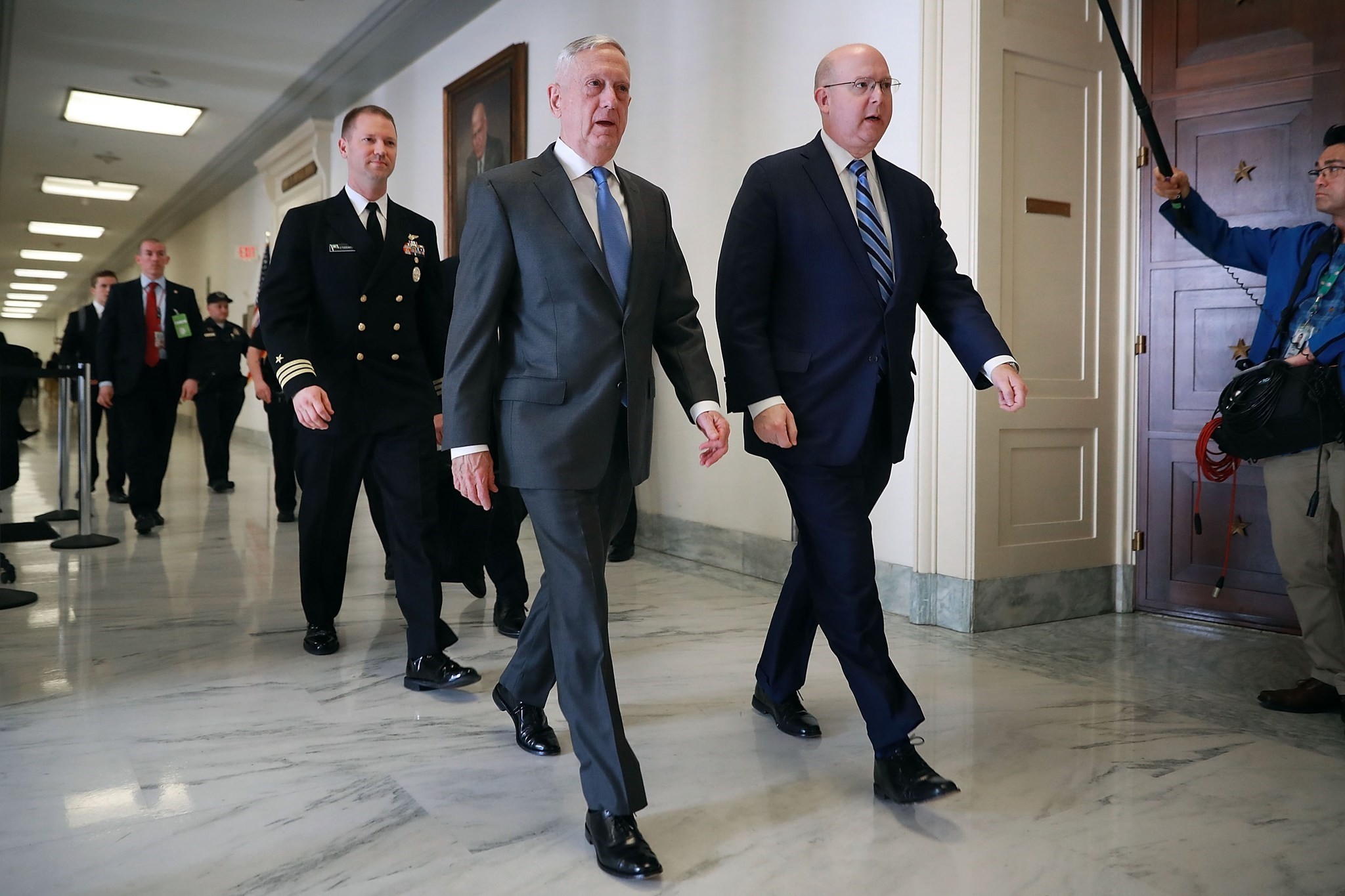 | AFP Photo
by Compiled from Wire Services Apr 12, 2018 12:00 am
Defense Secretary Mattis told the Congress that the United States is committed to ending Syria civil war through Geneva process, blames Russia for being complicit in Syrian regime's retention of chemical weapons.

Mattis also said the use of chemical weapons in Syria is "simply inexcusable," after a suspected poison gas attack in eastern Ghouta's Douma on Saturday.

"Some things are simply inexcusable, beyond the pale and in the worst interest of not just the chemical weapons convention but of civilization itself," Mattis told the House Armed Services Committee.

Mattis declined to discuss U.S. military planning on Syria but he acknowledged two main concerns as Washington mulls potential action against Syria's Bashar al-Assad's forces: protecting civilians and avoiding triggering a military escalation that could get "out of control."

Meanwhile, Russian ambassador to the U.N. Vassily Nebenzia said Russia does not rule out the possibility of a conflict with the U.S., adding that the main priority is averting war in Syria.

Asked about possible U.S. strikes on Syria, President Vladimir Putin's spokesman Dmitry Peskov said Thursday that "it's necessary to avoid any steps that may fuel tensions in Syria." He added that it would have an "utterly destructive impact on the Syrian settlement."

Peskov wouldn't say if Moscow could use a Russia-U.S. military hotline to avoid casualties in a case of a U.S. blow, saying only that "the hotline exists and has remained active."

Fears of confrontation between Russia and the West have been running high since U.S. President Donald Trump said on Wednesday that missiles "will be coming" after the suspected chemical weapons assault in the town of Douma on April 7, and lambasted Moscow for standing by Assad.

Mattis, in some of his strongest comments on Syria to date, said he had been convinced of a chemical attack in Syria.

"I believe there was a chemical attack and we are looking for the actual evidence," Mattis told lawmakers, adding he wanted inspectors in Syria "probably within the week."

"As each day goes by -- as you know, it is a non-persistent gas -- so it becomes more and more difficult to confirm it."

At the United Nations, Syrian U.N. Ambassador Bashar Ja'afari told reporters that two teams of investigators from the global chemical weapons watchdog are due to arrive in Syria on Thursday and Friday to look into the Douma incident.