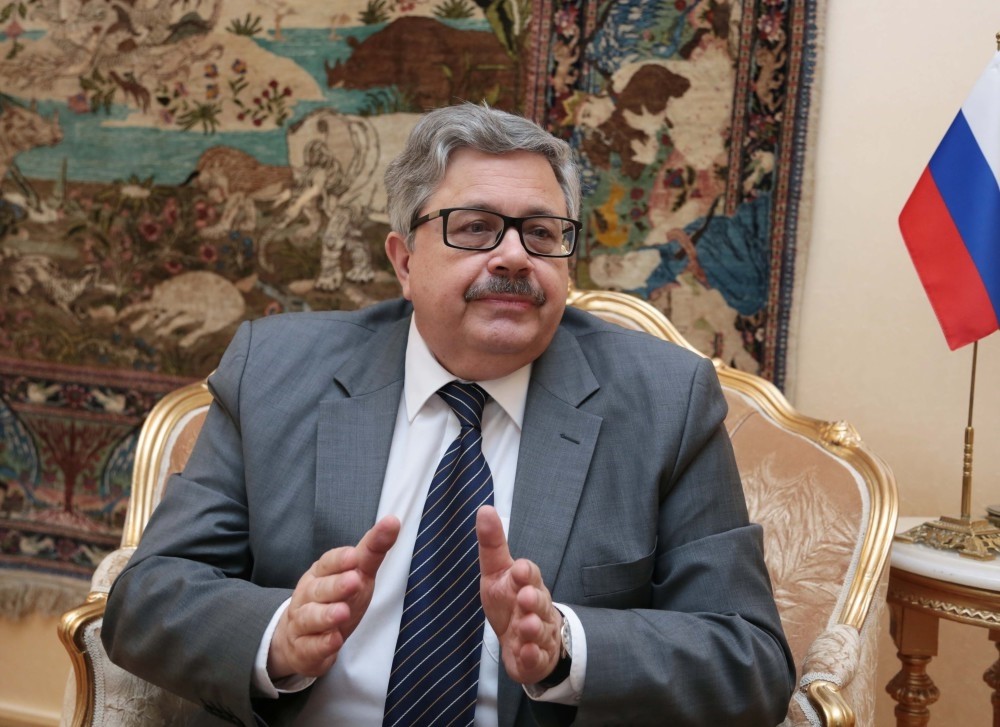 Russian Ambassador to Ankara Aleksei Erkhov yesterday rejected claims that a chemical attack had taken place last Saturday in the town of Douma near Damascus, calling on the Organization for the Prohibition of Chemical Weapons (OPCW) to send a team to the region.

Speaking to Daily Sabah, Erkhov described the recent reporting concerning the chemical attack in Douma as basically anti-Assad and anti-Russian in nature, adding that the attack itself was yet to be confirmed. "Except for more than questionable trailers in the social media and dubious reports of the so called 'white helmets,' widely known for their fake productions, no concrete evidence, no proof has ever been produced." The envoy said Russian military experts had immediately gone to the region as soon as the reports began to appear and had found no evidence of a chemical attack. "The Syrian Red Crescent was also there and found nothing."

He said there were no patients suffering from poison inhalation in hospitals.

The OPCW was invited to investigate the matter on the ground, he said. However, previously, the OPCW, the ambassador argued, preferred to rely on "remote information available" (i.e. unverified internet reports). "Then, there will be only one logical conclusion: they do not need the truth, they just need a pretext for a new show of force."

Such accusations necessitate strong evidence, he said. "The stakes are too high, just like the price of mistakes and misperceptions."

He also echoed the Russian stance on Syria, noting that regime change was not Moscow's objective and that the people of Syria should decide their own fate and chose their own leaders.