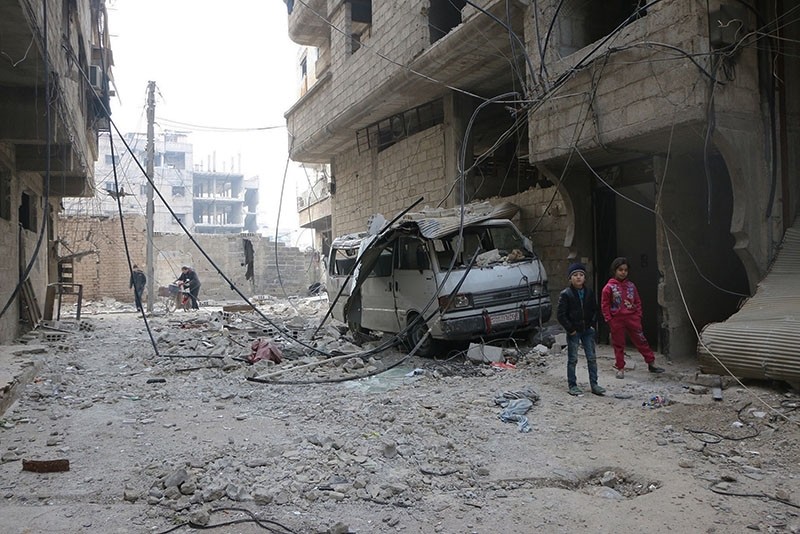 The United States has proof at "a very high level of confidence" that the Assad regime carried out the recent chemical weapons attack in Syrian town of Douma but is still working to identify the mix of chemicals used, the State Department said Friday.

"We can say that the Syrian government was behind the attack," State Department spokeswoman Heather Nauert said at a briefing. Asked if the U.S. had proof of that, she said, "Yes."

Nauert said a team from the Organization for the Prohibition of Chemical Weapons (OPCW) would arrive in Syria on Saturday to collect evidence.

Meanwhile, the White House said it was very confident that the Assad regime was behind the attack in Douma, adding that U.S. intelligence shows Russia's claim that the attack was faked was false.

"Our intelligence tells us otherwise. I can't go beyond that," White House spokeswoman Sarah Sanders told reporters, when asked about Russia's claim.

"We have a very high confidence that Syria was responsible," she adding, saying Russia's failure to stop Syria has been "part of the problem."

Earlier, Russian Defense Ministry accused the U.K. of staging a fake chemical attack Douma, a bold charge vehemently denied by Britain as a "blatant lie." The exchange follows the poisoning of a former Russian spy in Britain, and comes amid Moscow's stern warnings to the West against striking the regime.

White Helmets first-responders and Syrian activists have claimed the suspected chemical attack was carried out by the Assad regime on April 7 and killed more than 40 people in Douma, allegations that drew international outrage and prompted Washington and its allies to consider a military response. Moscow warned against any strikes and threatened to retaliate.