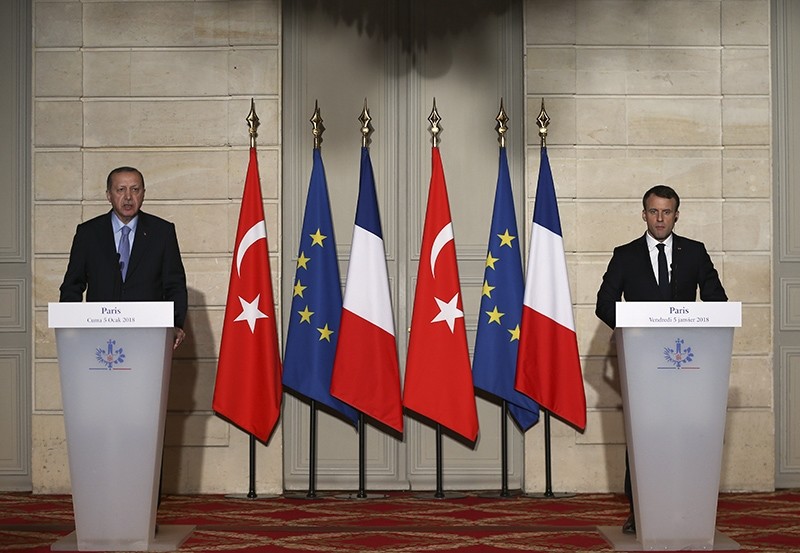 According to presidential sources, Erdoğan reiterated that Turkey strongly condemns the use of chemical weapons, while Macron gave information about the operation jointly conducted by the U.S., France and the United Kingdom.

The president said that the Assad regime's bloodshed both through chemical and conventional weapons should be prevented, underlining that only a political solution would lead to lasting peace and calm for the Syrian people. He said that tensions in the region should be reduced.

The president and his Russian counterpart agreed to work to reduce tension and continue efforts for a political solution regarding the Syrian crisis, presidential sources said.

Turkey's stance on the airstrikes has been generally positive, but almost all messages urged for a political solution, reshaping Syria's future without the regime involvement and international determination against the use of violence against civilians rather than conducting a single and limited action.

The U.S., the U.K. and France hit Syria with air strikes early on Saturday in response to a suspected poison gas attack that killed more than 70 civilians last week, in the biggest intervention by Western powers against Syrian regime leader Bashar al-Assad.