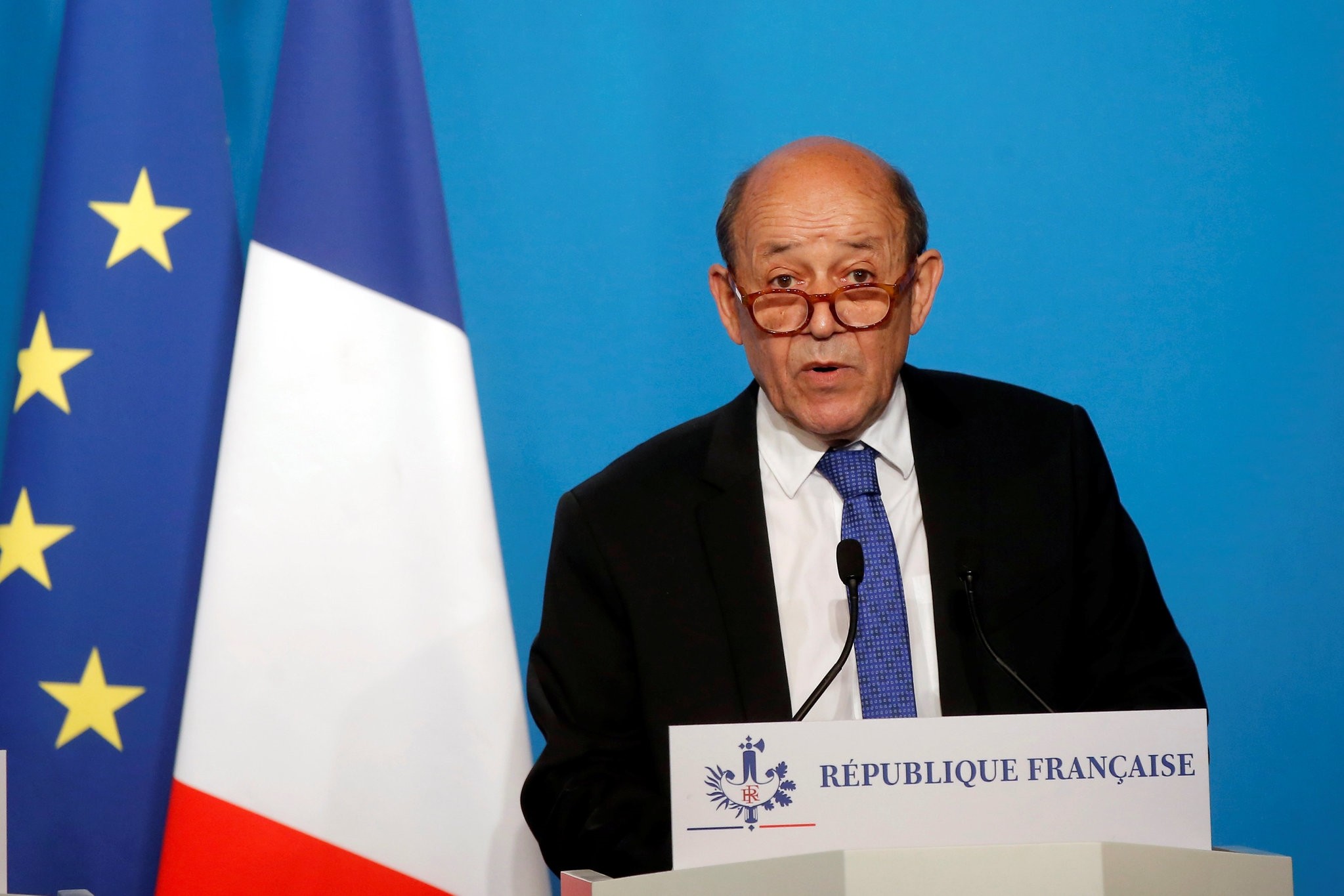 French Minister for Foreign Affairs Jean-Yves Le Drian makes an official statement in the press room at the Elysee Palace, in Paris, France, April 14, 2018. (Pool via Reuters)
by Compiled from Wire Services Apr 14, 2018 12:00 am

"A plan for ending the crisis must be found, with a political solution. We are ready to start working right now with all countries who want to participate," Foreign Minister Jean-Yves Le Drian told a press conference.

The report by the French intelligence said that analysis of testimonies, photos, videos after Douma attacks enabled conclusion "with high confidence vast majority are recent, not fabricated."

French services have no information to support theory armed groups in eastern Ghouta would have sought to acquire or possessed chemical weapons, it added.