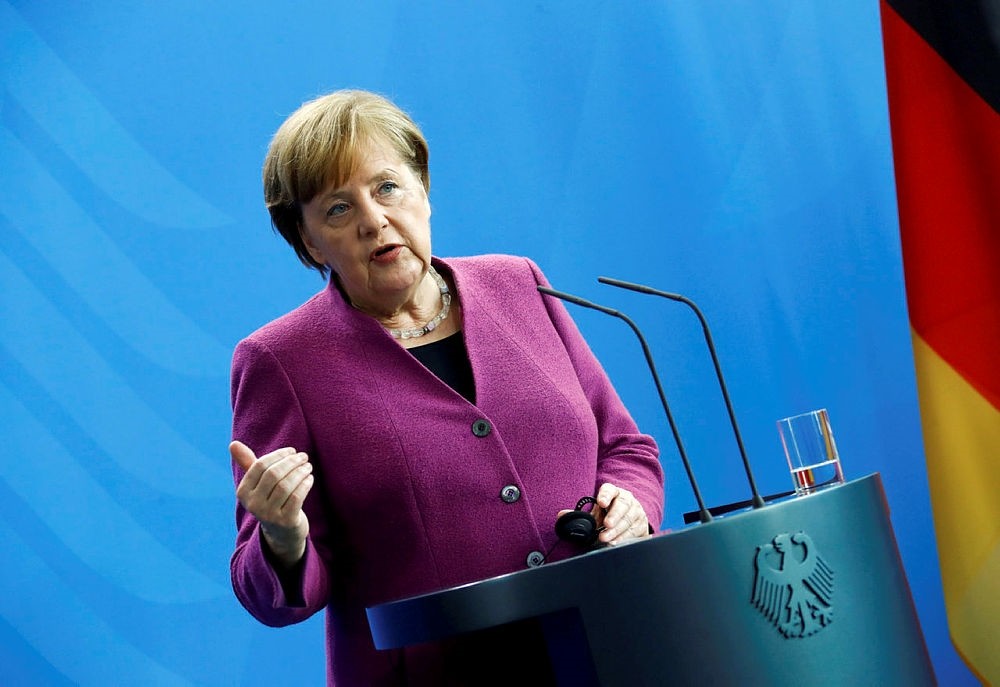 German Chancellor Angela Merkel said Saturday the air strikes against the Syrian regime were "necessary and appropriate" after the suspected chemical weapons attacks that killed dozens in Douma.

"We support the fact that our US, British and French allies ... assumed their responsibilities. The military intervention was necessary and appropriate," Merkel said in a statement.

The chancellor on Thursday had ruled out Germany joining any military action against Syria.

Meanwhile, German Foreign Minister Heiko Maas said later on Saturday that Germany would join with France to push for an international effort to end the war in Syria, adding that the solution must involve Russia.

"We will work together with France for the creation of a international format of influential states that can provide new momentum for the political process," Maas said, adding that Germany would use its bilateral ties to ensure Russia adopted a "constructive" stance on the issue.

The White Helmets, a civil defense agency, blamed the al-Assad regime for the alleged chemical attack in Douma, the last rebel-held town in Eastern Ghouta on April 7, which killed 78 civilians and injured hundreds of others.