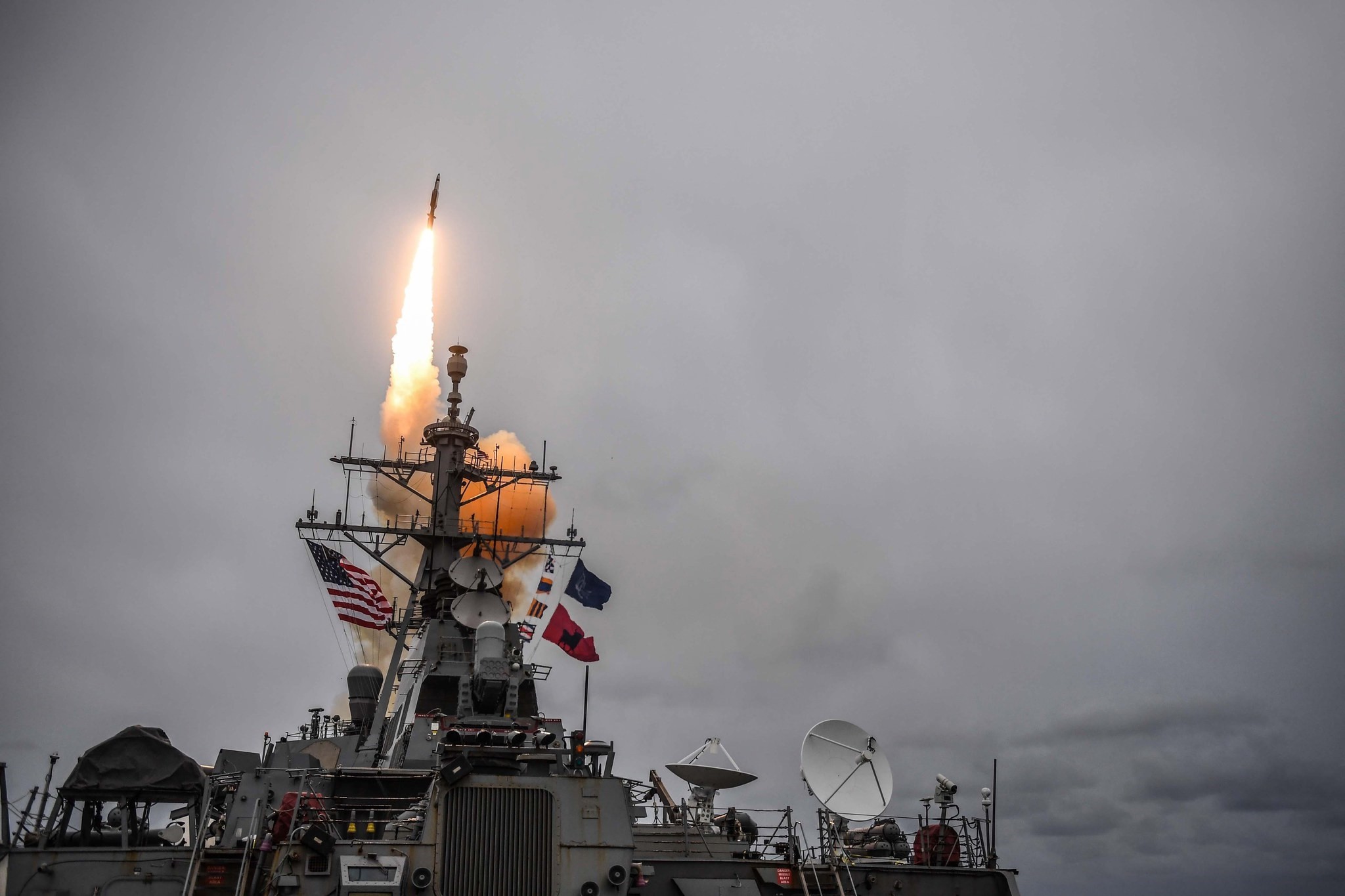 The U.S. and its allies fired more than 100 cruise missiles at Syria, a significant number of which were intercepted by Syrian air defenses, the Russian defense ministry said Saturday.

"More than 100 cruise missiles and air-to-land missiles were fired by the U.S., Britain and France from the sea and air at Syrian military and civilian targets," the ministry said in a statement quoted by RIA Novosti news agency, adding that "a significant number" were shot down by Syrian air defenses.

Syria's Soviet-made air defense systems have downed 71 out of 103 cruise missiles launched by the U.S. and its allies, the ministry said.

It said that 12 cruise missiles were fired at an airfield close to Damascus and all were intercepted by Syria's air defenses.

"Russian air defense systems located on Syrian territory have not been used to counter the missile strikes", it said.

It said earlier that none of the Western strikes in Syria had hit areas covered by Russia's air defenses around its Hmeimim airbase and naval facility in Tartus.

The Russian military said the missiles were fired from U.S. ships in the Red Sea as well as from tactical aircraft over the Mediterranean and by US strategic bombers from the Al-Tanf base in southeastern Syria.

The U.S., France, and Britain announced a joint operation against Assad regime, a week after an alleged chemical attack outside the capital Damascus that was said to have left more than 40 people dead.

He called the lack of casualties the result of the "excellent skills of the Syrian military trained by our specialists."

He notes that Russia in the past refrained from providing Syria with its state-of-the-art S-300 air defense missile systems on Western prodding but could reconsider it now.

"Considering what has happened, we consider it possible to reassess this question and not just as far as concerns Syria, but other countries too," Rudskoi said.

However Russia has S-300 and the more recent S-400 systems protecting its air base and naval facility in Syria.

Rudskoi said the U.S. actions in Syria were aimed at destabilizing the situation in the region.

The situation in Damascus and other towns and cities in Syria is calm now, Rudskoi said.