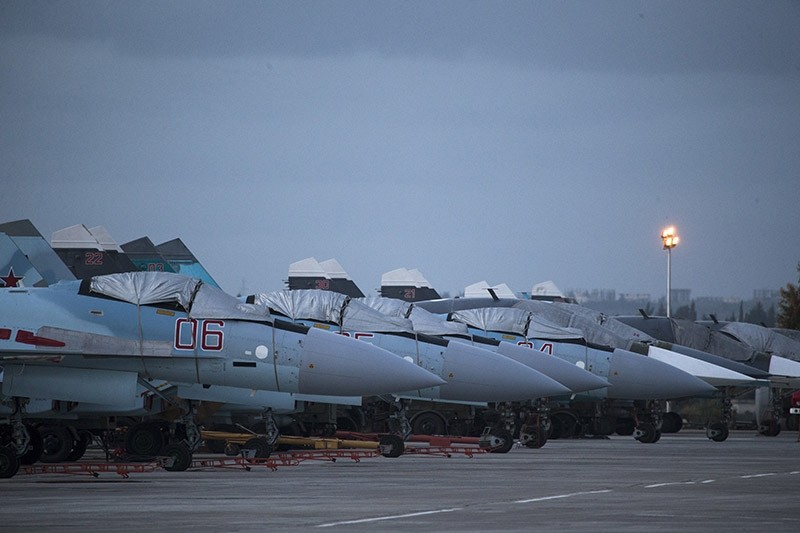 |AP Photo
by Compiled from Wire Services Apr 14, 2018 12:00 am
Russia's Ministry of Defence said Saturday that none of the Western strikes in Syria had hit areas near to Russia's air and naval bases.

"Not one of the cruise missiles released by the US and its allies entered the zone of responsibility of Russian air defences protecting facilities in Tartus and Hmeimim," the ministry said in a statement carried by the RIA Novosti state news agency, referring to the locations of Russia's naval and air bases.

Sites hit in the strikes included an air base west of Damascus near the Lebanese border, a commander in the regional military alliance that backs Bashar al-Assad said.

The targeted al-Shirai air base is located in al-Dimas, the commander told Reuters.

Syrian state media said the attack also struck a scientific research facility in Damascus, which the Pentagon said was used to develop, produce and test chemical and biological weapons.