West hesitates on Syria response as Russia warns of ‘war' 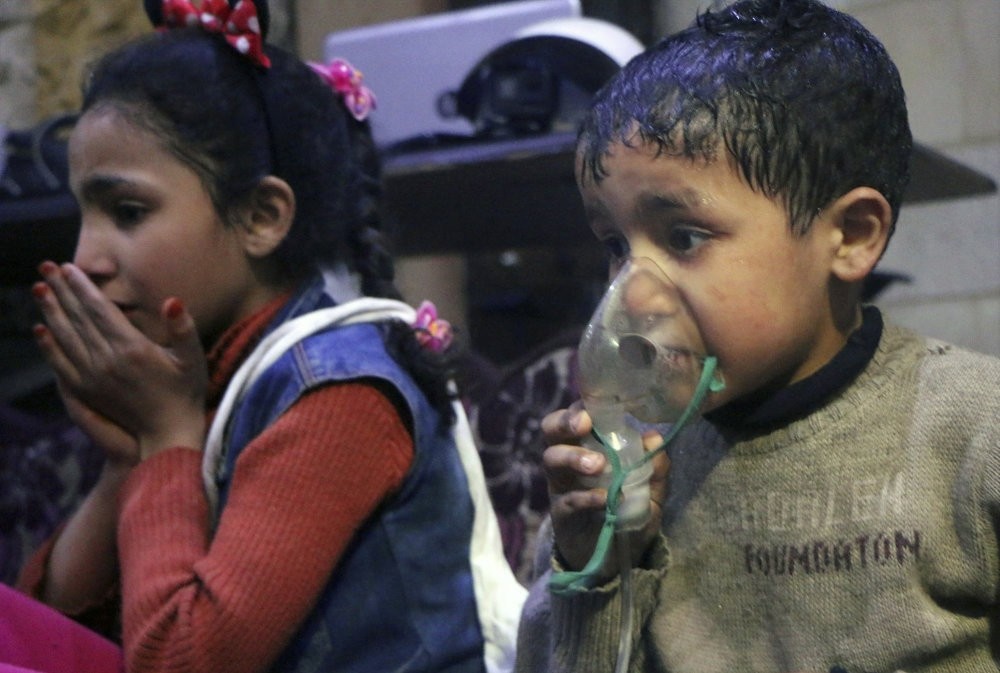 As the U.S., which spearheaded a plan for military action against Syria after an alleged April 7 chemical attack slows down efforts to rally the world into action amid hesitation in the West, Russia warns of war and a wave of migrants to Europe

Western powers weighed their options on Friday over possible strikes against Syria's regime as pressure built to avoid an escalation and Russia stepped up its warnings against military action which it said could lead to "war."

The U.N. Security Council was to meet again Friday, at Russia's request, to try to defuse the standoff, as U.S. President Donald Trump appeared to back away from imminent action, days after warning Russia to "get ready" for missile strikes.

After a crunch meeting with national security advisors Thursday, the White House said it had not yet decided how to retaliate to last week's suspected chemical attack which the U.S., France and Britain blame on Bashar Assad's regime. "No final decision has been made," White House Press Secretary Sarah Sanders said, adding that Trump would confer with French President Emmanuel Macron and British Prime Minister Theresa May. Later, a White House briefing on a call between Trump and May said that they "continued their discussion of the need for a joint response to Syria's use of chemical weapons." A Downing Street spokesperson added: "They agreed it was vital that the use of chemical weapons did not go unchallenged, and on the need to deter the further use of chemical weapons by the Assad regime."

But U.S. Defense Secretary Jim Mattis struck a cautious note, telling lawmakers that the need to "stop the murder of innocent people" had to be weighed up against the risk of things "escalating out of control." During his meeting with Trump and the Chairman of the Joint Chiefs of Staff Joe Dunford, Mattis pushed for more evidence of the Assad regime's culpability for the attack, to bolster the case for air strikes, The New York Times reported.In France, Macron claimed in a TV interview he had "proof" that Assad's regime had used chemical weapons and vowed a response "in due course." But he also appeared anxious to avoid a wider conflict, saying France would "in no way allow an escalation."German Chancellor Angela Merkel's spokesman Steffen Seibert told a news conference on Friday that Damascus had a record of using chemical weapons and that there were "strong indications pointing towards the Syrian regime" in this case.

Western officials believe chlorine was used in Saturday's attack on Douma, the main city in the longtime rebel bastion of Eastern Ghouta, where the British government now estimates 75 people were killed. What is less clear is whether sarin - the agent used in the chemical attack last April that prompted U.S. missile strikes - or a similar agent was also used.

Russia, which has stonewalled diplomatic efforts at the U.N. Security Council, has vehemently denied a chemical attack took place and accused the West of seeking an excuse for military action. Moscow kept up its resistance on Friday. Foreign Minister Sergei Lavrov warned Western intervention in Syria would "lead to new waves of migrants to Europe." He said the supposed chemical attack was a hoax staged by the secret service of a "certain state" hostile to Moscow.

Inspectors from the Organization for the Prohibition of Chemical Weapons (OPCW) are expected to arrive in Syria over the weekend to investigate the reported attack, following an invitation from Damascus.

Diplomats have expressed concern that the experts could be used as hostages or human shields.

Since Saturday, when images of ashen toddlers struggling for breath emerged after the alleged attack, there has been a sustained military buildup in the eastern Mediterranean. A French frigate, UK Royal Navy submarines laden with cruise missiles and the U.S.S Donald Cook, an American destroyer equipped with Tomahawk land attack missiles, have all moved into range of Syria's sun-bleached coast.

Russia's U.N. ambassador warned that U.S.-led strikes could lead to a confrontation between the world's two preeminent nuclear powers. "The immediate priority is to avert the danger of war," said Ambassador Vassily Nebenzia.

Trump has slammed Russia for its partnership with "Gas Killing Animal" Assad, spurring concerns that a U.S. strike could lead to a conflict with Russia, which has major military facilities at Tartus and Khmeimim and works cheek-by-jowl with Syria forces that could be targeted.

U.S. officials have refused to rule out direct military engagement with Russia, with the White House saying "all options are on the table."

On the ground in Syria, rebels in Eastern Ghouta surrendered their heavy weapons and their leader left the enclave, signaling the end of one of the bloodiest assaults of the seven-year war and a major win for the Assad regime. A top leader of Jaish al-Islam, a group which controlled Douma for years, told Agence France-Presse (AFP) it was Saturday's attack that forced them to accept a Russian-brokered deal and evacuate.

At the United Nations meanwhile, diplomats were mulling a draft resolution put forward by Sweden and obtained by AFP that would dispatch a "high-level disarmament mission" to rid the country of chemical weapons "once and for all."