US to stay in Syria 'until goals accomplished,' slap fresh sanctions on Russia: Haley 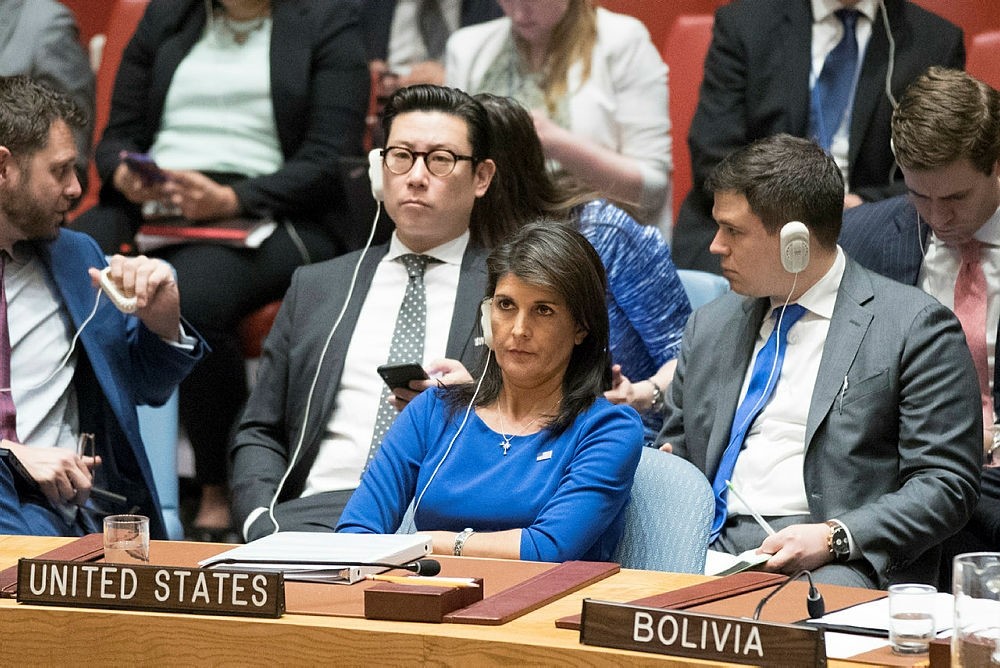 U.S. Ambassador to the United Nations Nikki Haley said on Sunday that the United States would not pull its troops out of Syria until its goals were accomplished.

Speaking on Fox News Sunday, Haley listed three aims for the United States: ensuring that chemical weapons are not used in any way that poses a risk to U.S. interests, that Daesh is defeated and that there is a good vantage point to watch what Iran is doing.

It is our goal "to see American troops come home, but we are not going to leave until we know we have accomplished those things," Haley said.

Haley also said the U.S. would not have any one-on-one talks with Syria's Bashar Assad.

Her remarks came a day after the U.S. and its allies conducted joint strikes against the Assad regime in response to a chemical attack in Syria's Douma, which killed over 70 civilians.

Later Sunday, Haley told CBS' "Face the Nation " that the U.S. will be imposing more economic sanctions on Russia for its support of Assad and his apparent use of chemical weapons.

Haley said Treasury Secretary Steven Mnuchin will be making the announcement by Monday and it will affect companies that are "dealing with equipment related to Assad and any chemical weapons use."

She said Russia needs to feel the consequences of protecting the Assad regime. Haley noted that Russia has vetoed six resolutions in the U.N. Security Council regarding chemical weapons.

Haley says the fact that Assad was making the use of chemical weapons "more normal and that Russia was covering this up, all that has got to stop."

U.S. President Donald Trump on Sunday defended his use of the phrase "Mission Accomplished" to describe the attack, tweeting that the strike was "perfectly carried out" and that "the only way the Fake News Media could demean was by my use of the term "Mission Accomplished." He added that he knew the media would "seize" on the phrase, but said it should be used often. "It is such a great Military term, it should be brought back," he wrote.

In late March, Trump made a surprise announcement, saying the U.S. would withdraw from Syria in the near future. However, statements coming from the State Department and the Pentagon raised questions on whether his remarks would translate into action.