British PM May defends 'legal and moral' strikes in Syria 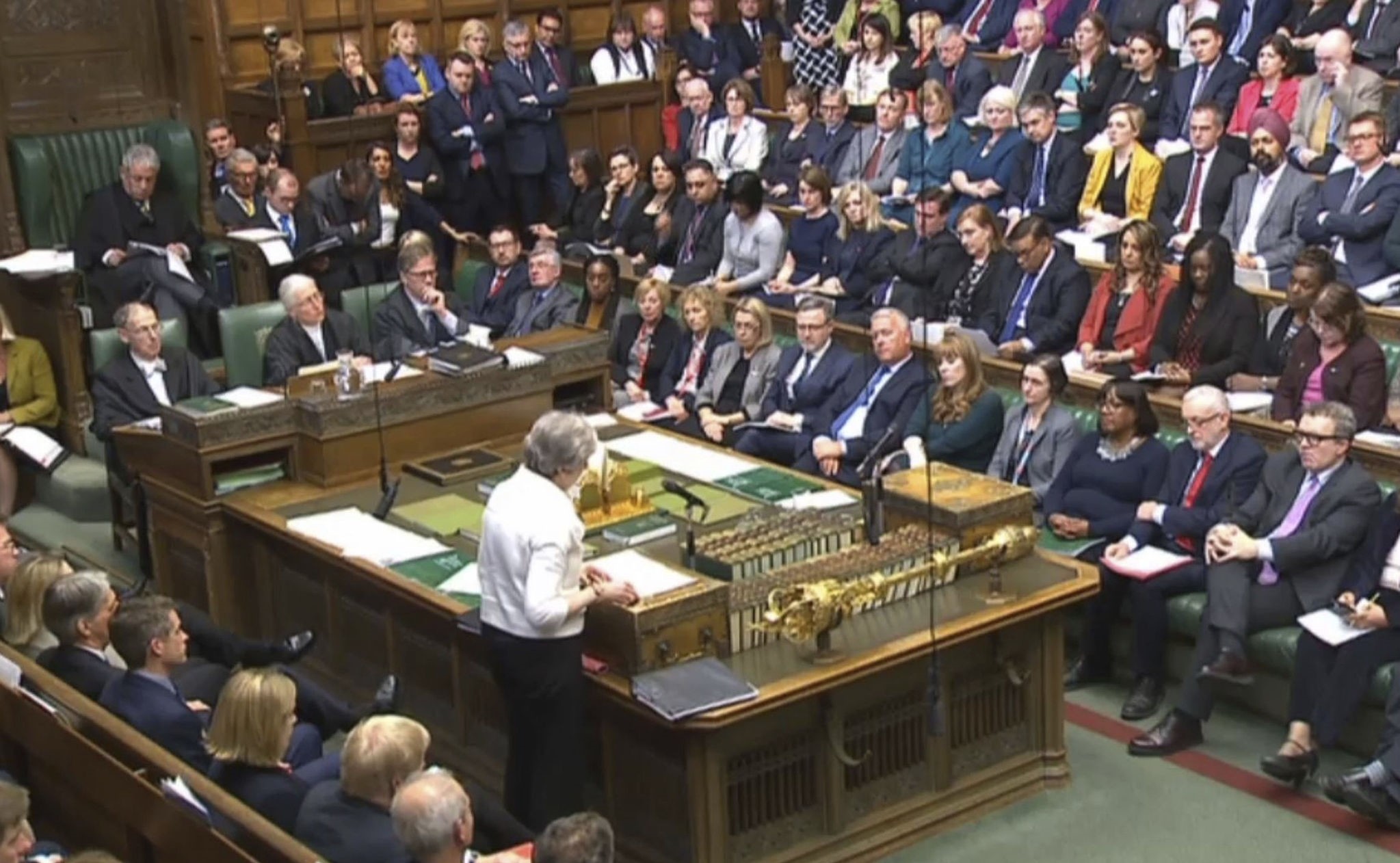 British Prime Minister Theresa May told restive lawmakers on Monday that military airstrikes against Syrian regime were right both legally and morally, and accused Assad and his ally Russia of attempting to cover-up evidence of a deadly chemical weapons attack.

May faced down her domestic critics as European Union foreign ministers united to say they understood the need for the airstrikes and called for a new push for a political solution to the war in Syria.

Royal Air Force jets joined American and French warplanes and ships in hitting targets in Syria early Saturday in response to a reported chemical attack by the Syrian government in the town of Douma.

The British government is not legally bound to seek lawmakers' approval for military strikes, although it is customary to do so.

May told lawmakers in the House of Commons that consulting them would have been impractical, both because Parliament was on a spring break until Monday and because some of the intelligence behind the decision was classified.

"We have always been clear that the government has the right to act quickly in the national interest," May said, calling the military action "not just morally right but also legally right."

"We cannot allow the use of chemical weapons to become normalized, either within Syria, on the streets of the U.K., or elsewhere," May said — linking the chemical attack in Syria with the poisoning of a former Russian spy and his daughter last month with a military-grade nerve agent in the English city of Salisbury.

Syria and its backer Russia have both denied that Syrian government forces carried out the Douma gas attack, suggesting it may have been staged to implicate them.

May said the presence of helicopters and the use of barrel bombs pointed the finger of blame squarely at the government of Syrian President Bashar Assad. She accused Syria, aided by Russia, of trying to block an investigation into the gas attack being done by the international chemical weapons watchdog.

"The Syrian regime has reportedly been attempting to conceal the evidence by searching evacuees from Douma to ensure samples are not being smuggled from this area. And a wider operation to conceal the facts of the attack is underway, supported by the Russians," she said.

Ahmet Uzumcu, director-general of the Organization for the Prohibition of Chemical Weapons, said Monday that the organization's team "has not yet deployed to Douma," two days after arriving in Syria.

He said Syrian and Russian officials who met the OPCW team in Damascus told them "that there were still pending security issues to be worked out before any deployment could take place."

In an unusual move, the British government said it would seek an emergency House of Commons debate on the airstrikes so legislators could have their say. Yet an after-the-fact debate — which may not include a vote — is unlikely to satisfy angry opposition lawmakers.

May rejected the claim.

"We have not done this because President Trump asked us to do so," May said. "We have done it because we believe it was the right thing to do — and we are not alone."

French Prime Minister Edouard Philippe justified the military action in a speech Monday to the National Assembly, France's lower house of parliament. The speech was being followed by a debate, but a vote on France's participation in the Syria airstrikes is not anticipated.

Under the French Constitution, the government must inform the parliament, but a vote is requested only if a military intervention is expected to last more than four months.

In Luxembourg, the foreign ministers of the 28 EU countries called for a political breakthrough involving regional players to put Syria on track to a peaceful solution for its seven-year conflict.

The ministers said the EU "understands" the need for the coordinated U.S, French and British airstrikes following the suspected April 7 chemical attack. They insisted it was executed with "the sole objective to prevent further use of chemical weapons and chemical substances as weapons by the Syrian regime to kill its own people."

EU foreign policy chief Federica Mogherini said the EU wants to use a major meeting on Syria in Brussels next week to give impetus to U.N. peace efforts following Saturday's airstrikes.

"There is the need to give a push to the U.N.-led process," Mogherini said.

More than 70 delegations are expected to attend the April 24-25 Syria donor conference in Brussels.