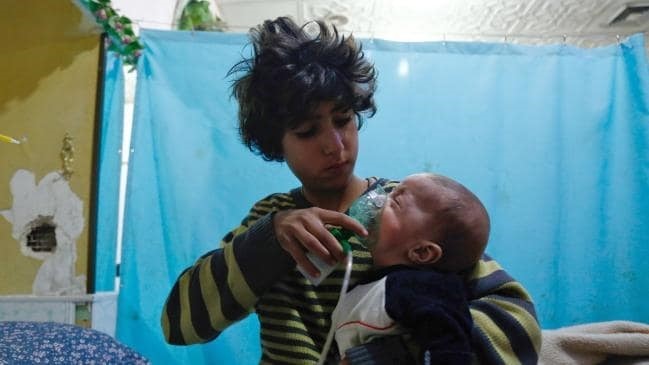 Three Belgian companies are facing prosecution for allegedly exporting a chemical that can be used to make the deadly nerve agent sarin to Syria, in breach of international sanctions, officials said Wednesday.

Belgian customs agents have brought a case against the firms -- a chemicals company, a transporter and an intermediary -- who are suspected of exporting isopropanol to Syria and Lebanon without declaring it, a spokeswoman for the finance ministry told AFP.

Isopropanol is subject to strict export controls when it is concentrated to 95 percent or more because it can be used to make chemical weapons, including sarin -- which the United Nations and the West say the regime of Bashar Assad has used on its own people.

Isopropanol also has more innocent uses as a paint solvent and cleaning fluid.

Finance ministry spokeswoman Florence Angelici said a case had been brought for making a false customs declaration, as the companies had not listed isopropanol on the shipping documents.

A court in the port city of Antwerp will start hearing the case on May 15.

Belgian weekly Knack first brought the case to light, reporting that a total of 168 tonnes of isopropanol had been shipped from Belgium to Syria and Lebanon between mid-2014 and the end of 2016.

According to Knack, the case involves a total of 24 shipments including other products such as methanol, a type of alcohol, and the solvent dichloromethane.

They say they were unaware that rules around the export of certain products had changed in 2013 and insist their customers were private companies making paint and varnish.

A U.N. report said the Syrian regime hit the opposition-held town of Khan Sheikhoun with a sarin attack in April 2017, killing more than 80 people and prompting the U.S. to launch missile strikes against an airbase in retaliation.

More recently, sarin is thought to have been used in another chemical attack blamed on Assad's forces on the town of Douma, near Damascus earlier this month. That incident also prompted western strikes on Syrian targets.