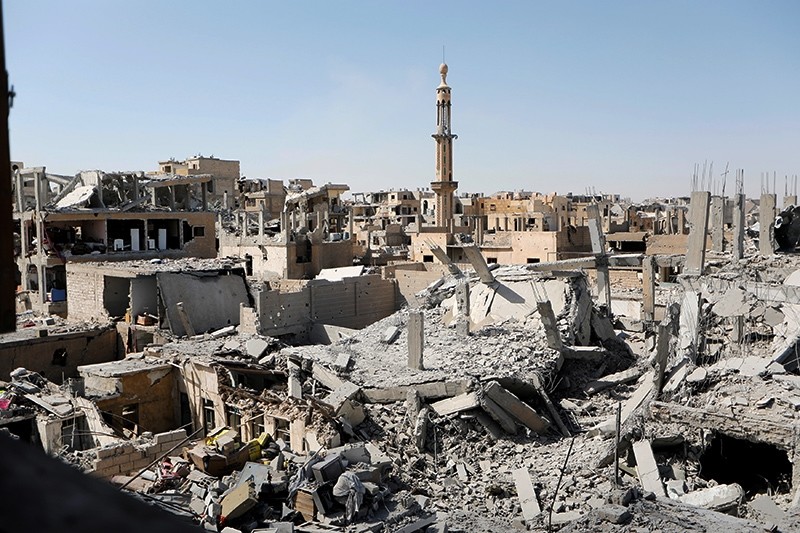 The Syrian city of Raqqa — former de facto capital of Daesh — still lies in ruins despite the terror group's defeat months ago, Russia's envoy to the United Nations Vassily Nebenzia told the Security Council on Tuesday.

According to Nebenzia, the United States, which led the liberation of Raqqa, and its allies are doing nothing to rebuild the devastated city.

"Rebuilding the city that was destroyed by airstrikes is not taking place. People have been returning at their own risk and are often being killed by mines and [improvised explosive devices] IEDs," the envoy said.

After a four-month battle, Raqqa was captured in October 2017 with the ground support of Syrian Democratic Forces (SDF), an umbrella organization dominated by the PKK terror group's Syrian affiliates the Democratic Union Party (PYD) and its armed wing the People's Protection Units (YPG).

Nebenzia also slammed the U.S.-backed Raqqa Civil Council, made up of the SDF fighters.

"The so-called local council, contrary to the assurances of the [U.S.-led] coalition, began operating just this month. It became clear, and not only to us, that these are completely incompetent people. Where did these impostors come from? Whom do they represent? How can they be trusted with lives and safety of the people?" Nebenzia said.

According to the U.N. Under-Secretary-General for Humanitarian Affairs and Emergency Relief Coordinator Mark Lowcock, conditions in Raqqa "are not conducive for returns, due to the high levels of unexploded ordnance and improvised explosive device contamination, widespread and severe infrastructural damage, and a lack of basic services. Every week, there have been over 50 casualties reported due to remnants of war."

He added that up to 95 percent of households that have returned to Raqqa are food insecure.