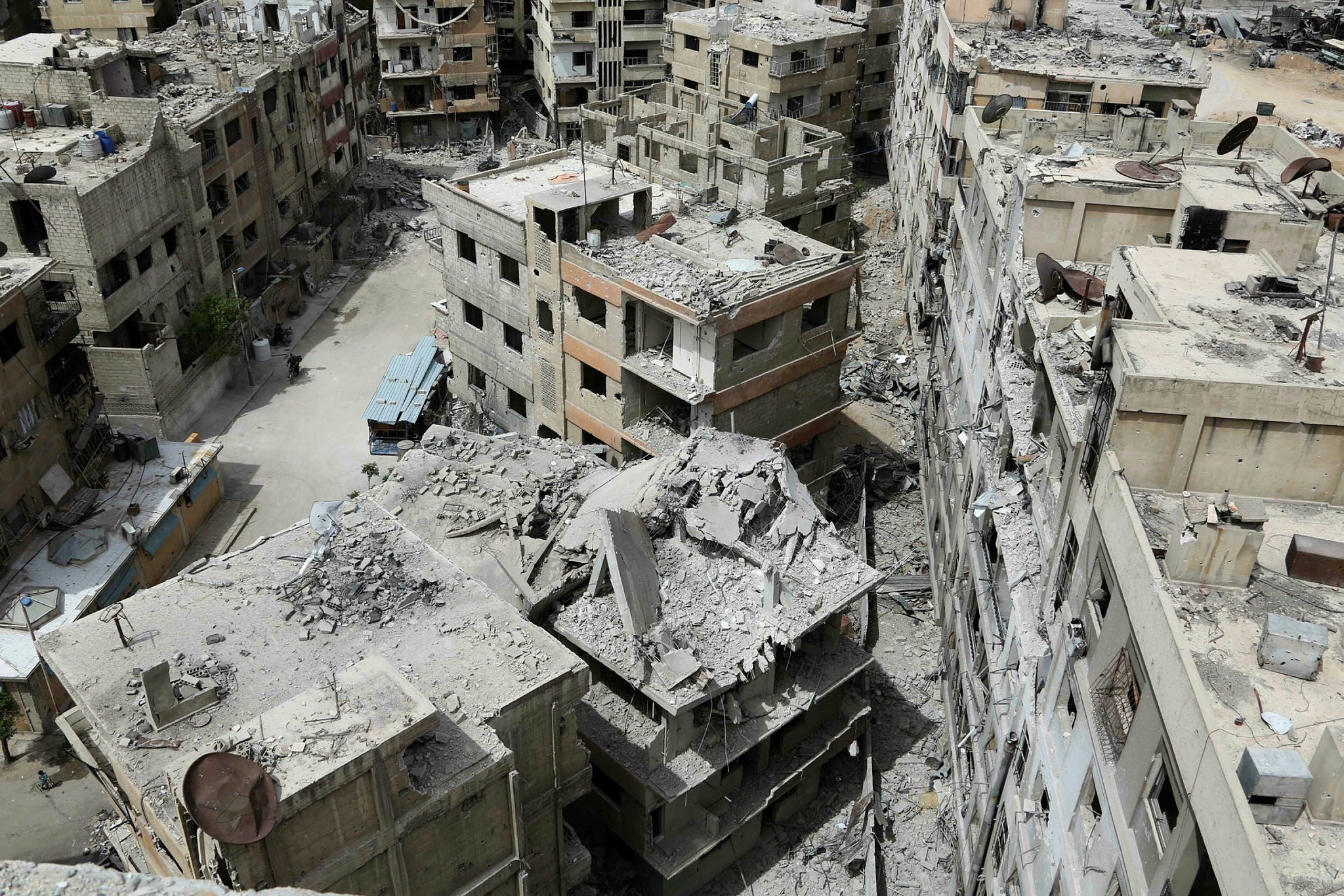 The alleged chemical weapons attack on April 7 killed more than 40 civilians in the Damascus suburb of Douma, which was formerly held by opposition factions.
by Compiled from Wire Services Apr 19, 2018 12:00 am

After 12 days since the alleged chemical attack in the Syrian town of Douma, delays keep international inspectors from reaching the attack site

International inspectors were still waiting to visit the site of an alleged chemical weapons attack in Syria yesterday, as the U.S. accused the Syrian regime and its ally Russia of trying to cover up the evidence. It has been 12 days since the alleged chemical attack on April 7 that killed more than 40 civilians in Douma, a town outside Damascus that at the time was controlled by the opposition group that surrendered in the days after the attack.

It is not clear when an Organization for the Prohibition of Chemical Weapons (OPCW) fact-finding mission will be able to travel safely to Douma, Syria, the British ambassador to the body said yesterday.

Ambassador Peter Wilson told reporters that OPCW Director-General Ahmet Üzümcü had said the departure of a team of inspectors was delayed after an incident in which an advance U.N. security detail performing reconnaissance in Douma was forced to withdraw after being fired upon.

Earlier, a diplomatic source told Reuters that Üzümcü had said when U.N. security forces arrived at the city on Tuesday, a large crowd gathered. When they went to look at one potential site, they were subjected to gunfire and light shelling and withdrew. The fact-finding mission will be unable to depart until it is given a green light for departure by the U.N. security detail, the source said.

Syrian state media reported Tuesday that inspectors from the OPCW had entered Douma, but the Syrian government later said that only a U.N. advance security team had entered.

U.S. State Department spokeswoman Heather Nauert said Tuesday the U.S. did not believe the inspectors had entered Douma, and that the evidence was at risk of decaying as delays dragged on, according to The Associated Press (AP).

"We have seen that the Russian government and the Syrian [regime] — their whole goal in this is to try to cover up. Their goal is to try to deflect attention," she said. "But the fact of the matter is that Bashar Assad is responsible yet again for gassing and killing innocent men, women and children."

The inspectors arrived in Damascus on the day of the Western strikes but had not been allowed to enter Douma. France and the United States appeared to question the purpose of such a mission.

"It is highly likely that evidence and essential elements disappear from the site, which is completely controlled by the Russian and Syrian armies," the French foreign ministry said.

Russian foreign ministry spokeswoman Maria Zakharova hit back, calling the accusation "very surprising" and saying that Russia had supported the inspection. Several experts have said any investigation at this stage was likely to be inconclusive.

"As with any crime scene, it is crucial to get there as soon as possible," said Olivier Lepick, a fellow at the Paris-based Foundation for Scientific Research, as reported by Agence France-Presse (AFP).

"If the Russians and Syrians have nothing to hide, it's strange that they would wait 36 to 72 hours," he said. "It's probably to give themselves the time to finish cleaning up."