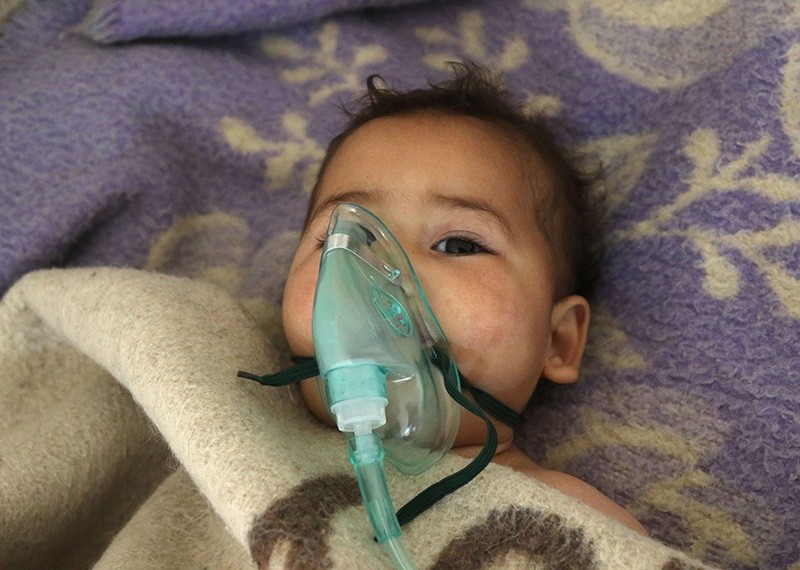 The global chemical weapons watchdog on Wednesday confirmed that chlorine was "likely used as a chemical weapon" in a February attack on the Syrian town of Saraqeb.

The Organization for the Prohibition of Chemical Weapons (OPCW) released details of a report into the chlorine use on Wednesday.

An OPCW fact-finding mission determined that "chlorine was released from cylinders by mechanical impact in the Al Talil neighborhood of Saraqeb" on Feb. 4, the statement said.

At least eight civilians were killed and 40 others injured in the attack on the opposition-held town in Idlib province.

The OPCW is not mandated to apportion blame for the attack.

The mission also is investigating allegations that poison gas was used in Douma, near the capital Damascus, in a deadly April 7 attack. It has not yet issued a report on that attack.

Assad regime forces have carried out 215 chemical attacks against the opposition since 2011, killing nearly 1,500 people, including 187 children and 244 women, according to the Syrian Network for Human Rights (SNHR).

Use of chlorine as a chemical weapon is prohibited under the 1997 Chemical Weapons Convention. If inhaled, chlorine gas turns into hydrochloric acid in the lungs and the buildup of fluids can drown victims.

The use of chemical weapons has become systematic in Syria's seven-year war, but political rifts between Western powers and Russia have hamstrung the United Nations and the OPCW, leaving them unable to act against violations of international law.

The regime had agreed to destroy its chemical weapons in 2014, following global outrage over a sarin gas attack in the Damascus suburb of Ghouta in August 2013 that killed hundreds in the worst attack of its kind for a quarter of a century.