Situation favorable for political process in Syria, Putin says after meeting with Assad 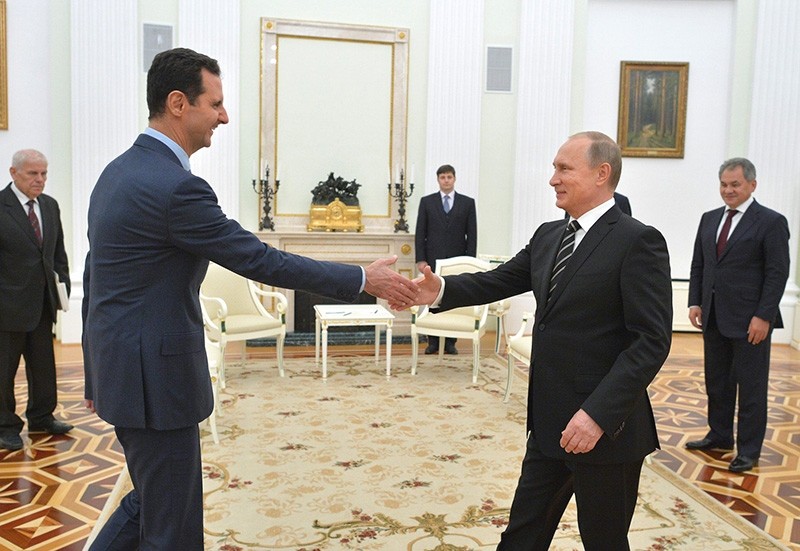 In this photo taken on Tuesday, Oct. 20, 2015, Russian President Vladimir Putin, right, shakes hand with Syrian President Bashar Assad in the Kremlin in Moscow, Russia. (AP Photo)
by Daily Sabah with Agencies May 17, 2018 12:00 am

The situation in Syria is now favorable for the political process, Russia's president said late Thursday.

Syria's Bashar Assad traveled to the Black Sea resort town of Sochi in Russia on Thursday for talks with Putin, the Kremlin said.

A transcript of Thursday's meeting released by the Kremlin quoted Assad as saying that Syria is making progress in fighting "terrorism," which "opens the door to the political process."

Putin's spokesman Dmitry Peskov says Assad informed Putin of his decision to "send a delegation to the U.N." to discuss reforming the country's constitution.

Russia has been a key ally of Assad throughout the seven-year Syrian civil war. Moscow launched an air campaign on behalf of Assad's forces in 2015 that tipped the conflict in his favor. Assad previously visited Russia and met with Putin in November 2017 and October 2015.