US, Russia, Jordan to meet in southern Syria amid tensions 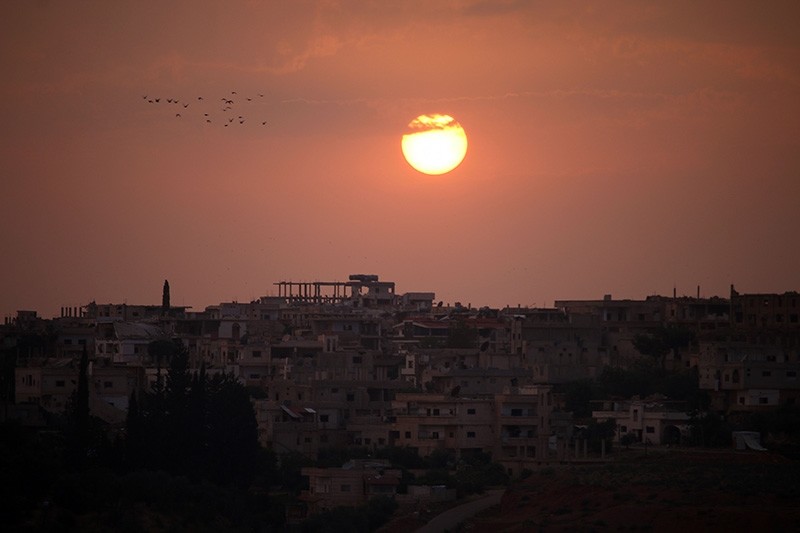 Russia said Monday only Syrian army troops should be on the country's southern border with Jordan and Israel, after Washington warned of "firm measures" over truce violations in the region.

Jordan also said Monday it was discussing developments in southern Syria with Washington and Moscow and that all three parties agreed on the need to preserve the de-escalation zone which they brokered last year and which has reduced violence.

Daraa remains divided by regime forces, which hold the northern part of the city, and the FSA, which still controls the southern part. The city's roughly 200,000 inhabitants risk possible displacement, as many would flee to neighboring Jordan if the regime carries out a major offensive.

Last week, Iran-backed forces - including Hezbollah fighters - partially withdrew from Daraa's Etman and Khirbet Ghazaleh districts near the highway linking Damascus to the Jordanian capital Amman. Over the course of the last week, three separate Hezbollah units have left the area, with the last withdrawal having taken place at dawn Tuesday.

Regime forces have been quick to fill the vacuum, especially in the Sajna and Al-Manshiyya districts.

Recently, with the recovery of the Yarmouk enclave, the Assad regime captured last besieged opposition enclave in western Syria, though swathes of territory at the borders with Turkey, Iraq and Jordan remain outside its control. Syria has only just begun to emerge from a vicious conflict that began in early 2011 when the Assad regime cracked down on demonstrators with unexpected ferocity.