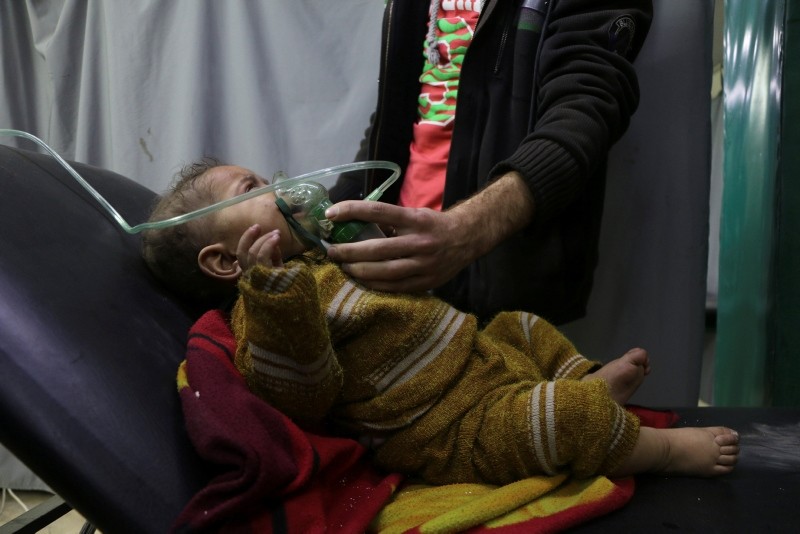 The global chemical weapons watchdog said on Wednesday that lab analysis had confirmed the use of the banned nerve agent sarin and chlorine in an attack in northern Syria last year.

The Organization for the Prohibition of Chemical Weapons said in a statement that sarin was used south of the city of Ltamenah in the Hama governorate on March 24, 2017.

It also "concluded that chlorine was very likely used as a chemical weapon at Ltamenah Hospital and the surrounding area on 25 March 2017".

The development is the latest in a series of reports from the OPCW confirming the use of toxic agents in the country's civil war.

The OPCW is also investigating a suspected chemical attack on April 7 this year in the Douma enclave near Damascus, which prompted missile strikes by the United States, France and Britain.

It is expected to publish the results of that inquiry this month.

The findings in Ltamenah were based on witness testimony, epidemiological analysis and environmental samples, it said.

The OPCW did not assign blame for the attack. Syria denies using chemical weapons.

Syrian regime forces have used both sarin and chlorine, according to a United Nations-OPCW joint investigation, while opposition forces used sulphur mustard gas once.

Their so-called JIM mission was disbanded in November after a proposed renewal of its mandate was vetoed by Russia on the U.N. Security Council.