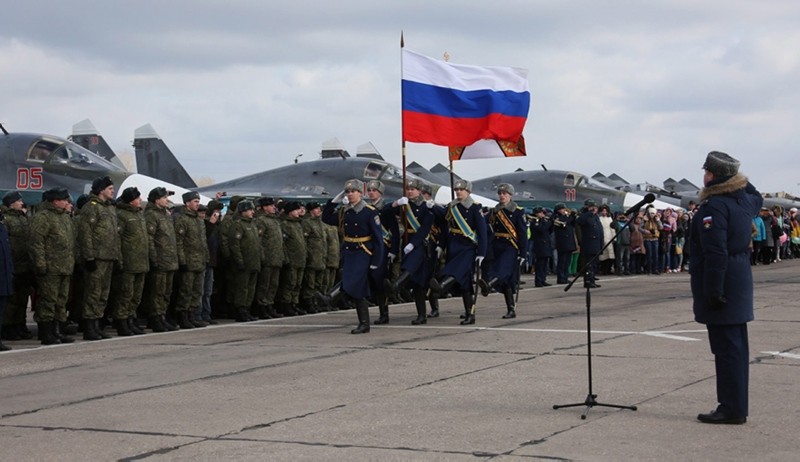 Speaking at a meeting with military school graduates, Putin said 1,140 personnel, 13 warplanes and 14 helicopters were returning to Russia.

"All of them are people with experience and have been tested in combat. Both you and your colleagues will have to make full use of this experience for the combat training of personnel here on the territory of the Russian Federation for working out the most complex unusual tasks," the Russian president said.

During a surprise visit to Russia's Hemeimeem base in Syria's coastal province of Latakia in December, Putin ordered withdrawal of Russian troops from the war-torn country after announcing the defeat of Daesh terror group.

Russia launched its air campaign in Syria at the end of September 2015, when Assad's regime was teetering on the brink of collapse, and quickly changed the course of the conflict in his favor. Russian officials say troops in Syria were there mainly to fight "terrorists," including militants of the Daesh group and al-Qaida affiliates, but they also heavily targeted several moderate opposition factions opposed to Assad, in addition to civilians, allowing his troops to claw back significant territory over the past two years.