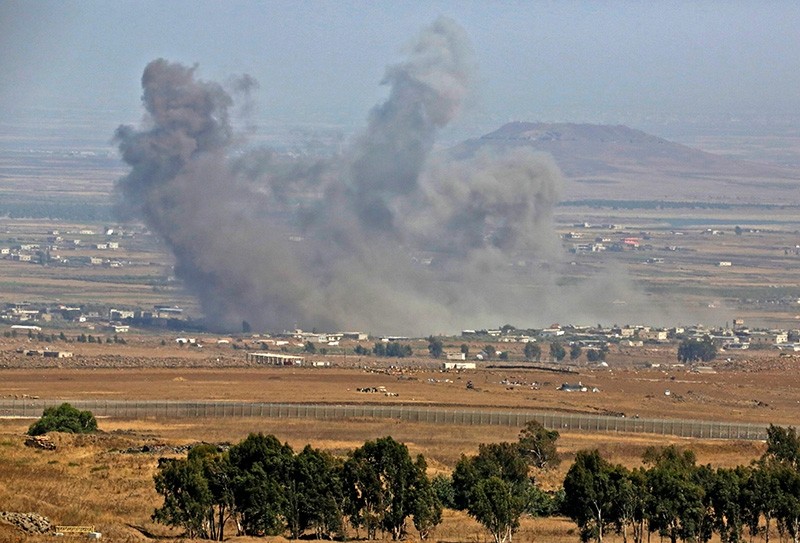 A picture taken on July 19, 2018 from the Israeli-annexed Syrian Golan Heights shows smoke rising in an area where Russian-backed government forces in Syria have been carrying air strikes in the southern Syrian province of Daraa. (AFP Photo)
by Compiled from Wire Services
Jul 20, 2018 12:00 am

Rami Abdel Rahman, head of the Syrian Observatory for Human Rights, said 11 children were among those killed in day-long strikes by regime and allied Russian aircraft on the last Daesh-held pocket in Daraa.

The bombing caused severe damage to infrastructure, and "whole neighborhoods were destroyed," the monitor said.

The regime has in less than a month retaken more than 90 percent of Daraa province, which borders Jordan and was the cradle of Syria's ill-fated 2011 uprising, after forcing rebel groups to sue for peace following a bloody offensive.

Fighting has killed dozens of civilians and forced several hundred thousand people to flee, according to the United Nations.

Syria's conflict has killed more than 350,000 people since it began in 2011 with a brutal regime crackdown on protesters.