Over 150 killed in Daesh attacks in southern Syria 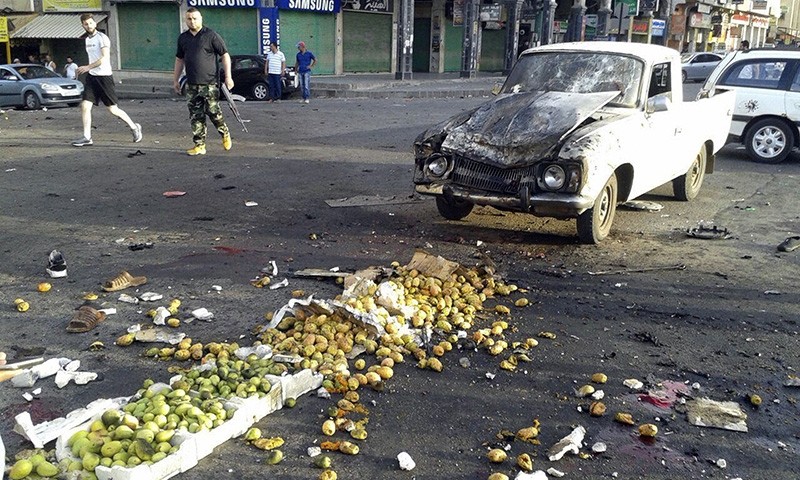 Raids and suicide bombings carried out by the Daesh terror group in Syria's southern Sweida province have killed 156 people including 62 civilians, a war monitor said Wednesday.

Most of them were killed in raids on villages in the northeast of the province, the Britain-based Syrian Observatory for Human Rights said. The others were killed in suicide attacks in the provincial capital, the monitor said, updating earlier tolls.

It is the terror group's deadliest assaults in months.

The Syrian Observatory for Human Rights said the blasts hit several areas of the largely regime-held southern province of Sweida, where Daesh retains a presence in a northeastern desert region.

The attacks came almost a week into a deadly Russia-backed regime campaign to oust Daesh fighters from a holdout in a neighboring province of the country's south.

The raids began when three suicide attackers detonated their explosive belts in Sweida city as other blasts hit villages to the north and east, said the Observatory.

"IS fighters then stormed villages in the province's northeast and killed residents in their homes," said Rami Abdel Rahman, head of the Britain-based Observatory, using an alternative name for the terror group.

Daesh seized three of the seven villages they targeted, he said.

State media confirmed the attacks had killed and wounded people in Sweida city and villages to the north and east, but did not give a specific toll.

State television said the army was targeting Daesh in the province's east, and state news agency SANA reported "army units blocked a Daesh attack on a number of villages in northeastern Sweida, killing a large number" of the terrorists.

SANA published images of the aftermath of the attack in Sweida city.

The remains of a victim lay sprawled on a staircase near a damaged wall, while abandoned shoes lay in the middle of the road among fruit that had spilled out of cartons.

The regime of Bashar Assad has in recent weeks ousted opposition forces from a majority of the country's south, part of which borders the Israeli-occupied Golan Heights.

His forces are now closing in on a patch of territory in nearby Daraa province held by militant group Jaish Khaled bin al-Walid, which has pledged allegiance to Daesh.

The group, which has around 1,000 fighters in the region, has been the target of an intense bombing campaign by Russian and Syrian jets in recent days.

SANA said the Daesh attacks on neighboring Sweida were an attempt to relieve pressure "on Daesh remnants facing their inevitable end in the western Daraa countryside."

On Wednesday, Russia-backed regime forces continued their bombardment of the Daesh-held pocket in Daraa.

At least 41 civilians have been killed in air strikes on the militant holdout since July 19, the monitor says.

Fierce clashes between the two sides have killed 49 regime fighters and 67 Daesh forces.

On Tuesday, a Syrian military source accused Israel of firing at one of its warplanes as it carried out operations against militants in southern Syria.

Israel's army earlier said it had shot down a Syrian fighter jet that had infiltrated Israeli airspace, risking another escalation around the sensitive buffer zone.

The Damascus regime has long accused Israel of backing Daesh and other anti-government factions.

Daesh overran large parts of Syria and neighboring Iraq in 2014, declaring a self-styled "caliphate" in territory it held.

The terrorists have since been ousted from all major urban centers in both countries, but they retain a presence including in desert border areas.

In Syria, Daesh controls a pocket of the eastern province of Deir El-Zour on the Iraqi border, and is present in parts of the vast central Badiya desert including in Sweida.

More than 350,000 people have been killed and millions displaced since Syria's war started in 2011 with the brutal repression of anti-regime protests.