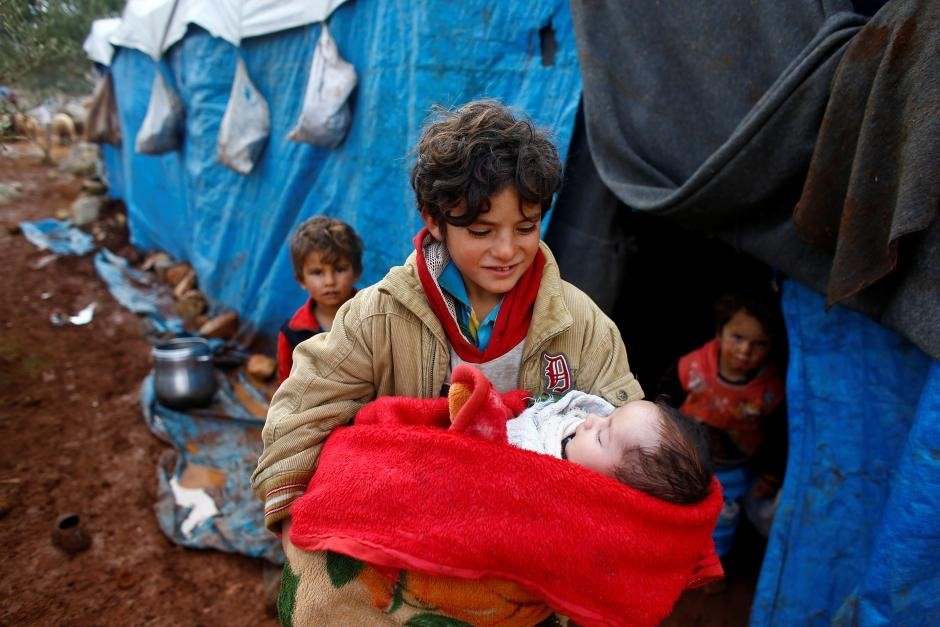 Displaced Syrian children stand outside of their tents at Kelbit refugee camp, near the Syrian-Turkish border, in Idlib province, Syria January 17, 2018. (Reuters Photo)
by Associated Press Aug 10, 2018 12:00 am

The U.N. children's agency said Friday a battle for Syria's Idlib province between regime forces and the opposition could affect the lives of more than 1 million children, many of whom live in refugee camps.

UNICEF said food, water, and medicine are already in short supply in the largely rural northwestern province, now home to over 1 million Syrians who have been displaced from their homes by regime offensives across the country.

The agency said a battle for Idlib, the last major bastion for Syria's political and military opposition, would exacerbate an already dire humanitarian situation, and potentially displace 350,000 children.

Syria's regime dropped leaflets across the province Thursday urging residents to reconcile with its rule. Officials have warned that regime forces will take back the province by force if necessary.