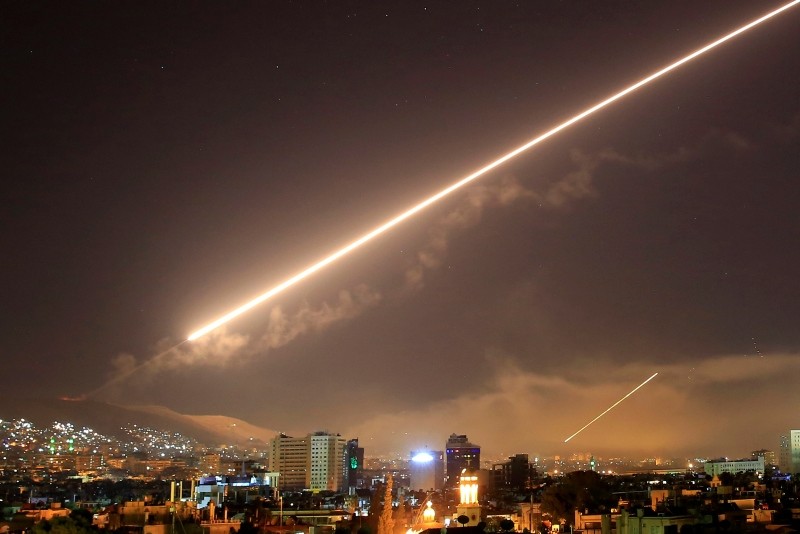 At least two pro-Assad regime fighters were killed overnight in a string of explosions at a military airport near the Syrian capital, a monitoring group said Sunday.

Syrian state media also reported the blasts at the Mazzeh airbase, on the western outskirts of Damascus, but did not mention any casualties.

"It left two pro-regime fighters dead and wounded another 11, some of them in critical condition," SOHR chief Rami Abdel Rahman said.

He could not specify their nationalities or whether they belonged to militias or regime forces.

An Israeli military spokeswoman declined to comment on Sunday.

French Press Agency's (AFP) correspondents in Damascus heard multiple blasts overnight, one of which lit up the sky in a deep red hue, but reported calm on Sunday morning.

A regime military source said the Mazzeh airbase "was not the target of Israeli aggression," according to the official SANA news agency.

"The explosions heard were due to an explosion at a munitions deposit close to the airport which was due to an electrical short circuit," the source said, without mentioning any casualties.

The Mazzeh airbase houses Syrian Air Force intelligence, and in early 2017 the Assad regime accused its neighbor Israel of bombing the base.

Israel has sought to avoid direct involvement in the conflict but acknowledges carrying out dozens of air strikes in Syria to stop what it says are deliveries of advanced weaponry to its Lebanese enemy Hezbollah.

It has also pledged to prevent its arch foe Iran from entrenching itself militarily in Syria, and a series of strikes that have killed Iranians in Syria have been attributed to Israel.

In July, Assad regime accused Israel of bombing a military post in the northern province of Aleppo, where at least nine pro-regime fighters were killed according to the Observatory.

More than seven years since Syria's conflict began, regime forces have managed to retake entire regions from opposition and now control nearly two-thirds of the country.

Assad regime troops are supported militarily by their Russian and Iranian allies, Tehran-backed Hezbollah fighters as well as Iraqi, Iranian and Afghan militiamen.