Militants must be 'cleaned out' of Idlib, Iranian FM Zarif says on visit to Damascus 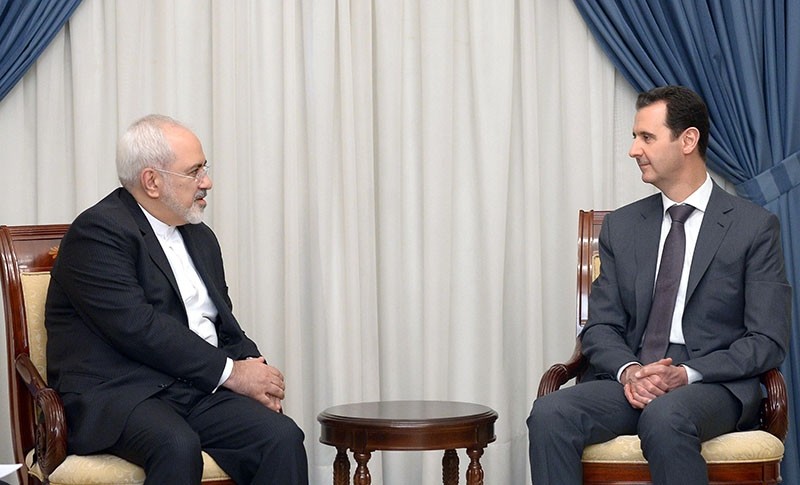 Militants must be "cleaned out" of Idlib province in northwestern Syria, Iranian Foreign Minister Mohammad Javad Zarif said Monday at the start of a visit to Damascus, according to Fars News.

"All of Syrian territory must be preserved and all the sects and groups should start the round of reconstruction as one collective and the displaced should return to their families," Zarif said, according to Fars.

"And the remaining terrorists in the remaining parts of Idlib must be cleaned out and the region should be placed back under the control of the Syrian people."

Zarif made a surprise visit to Syria on Monday for talks on the Assad regime's looming offensive against the country's last major opposition stronghold, his ministry said.

Zarif was due to meet with Assad, according to semi-official news agency ISNA.

Syrian regime forces have gathered around the last opposition bastion in the northwestern province of Idlib near the Turkish border.

Minister spokesman Bahram Ghasemi said Iran would remain a supporter and adviser of the Assad regime "in its efforts to remove terrorists from its land," particularly in regards to the Idlib operation.

Speaking for the regime's other major ally, Russian Foreign Minister Sergei Lavrov said Monday that the Assad regime has every right to liquidate terrorists in Idlib. He said it is not possible to tolerate the situation there indefinitely, according to Interfax.

Turkey has been working with Iran and Russia to find a peaceful solution to the Idlib crisis, warning that a full-scale operation on the province would result in a humanitarian disaster.

President Recep Tayyip Erdoğan will travel to Tehran for a trilateral meeting with his Iranian and Russian counterparts on Friday.

Iranian Defence Minister Amir Hatami was in Damascus last week and signed a "defense and technical agreement" designed to ensure the continued "presence and participation" of Iran in Syria.

Tehran has provided steady political, financial and military backing to Assad as he has fought back a seven-year uprising.