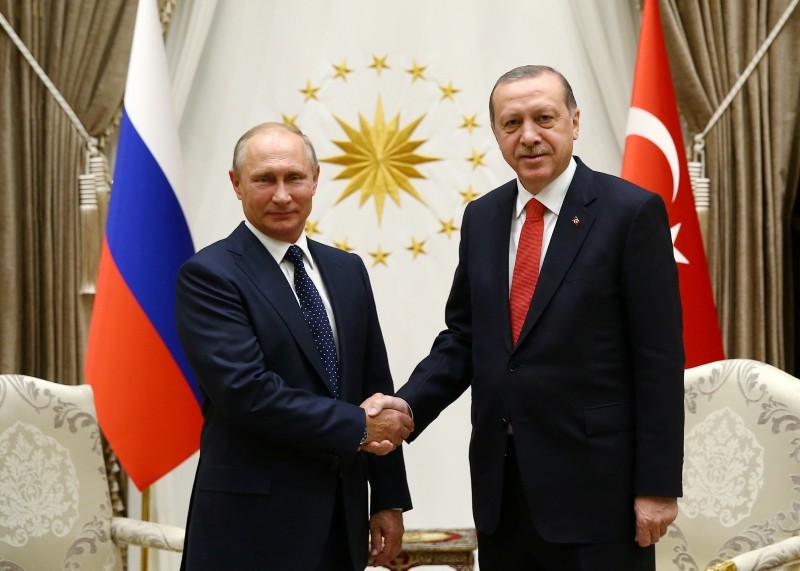 Syria could be spared its bloodiest battle yet if the Russian and Turkish presidents talk to each other urgently about resolving the situation in the opposition-held region of Idlib, U.N. Syria envoy Staffan de Mistura said on Tuesday.

De Mistura said that talks between Russia and Turkey held the key to averting an assault on the region of 2.9 million people, but six reported air strikes on Tuesday suggested the Ankara talks were not going well.

Media reports had said the Syrian regime might wait until Sept. 10 before launching an assault, making a summit to be held between Russia, Turkey and Iran on Friday "crucial", he said.

"If true, the rumor we are hearing -- there is a plan to actually start moving and increasing the escalation militarily on the 10th, the time is of essence," he said.

De Mistura made an appeal via the media to Russian President Vladimir Putin and Erdoğan.

"A telephone call between the two of you would make a big difference," he said.

"We therefore ask for more time to be given for negotiations especially between Russia and Turkey, who are the main stakeholders who are talking ...and do hold in my opinion the key for a soft solution," he added.

U.S. President Donald Trump warned Bashar Assad and his allies Iran and Russia on Monday not to "recklessly attack" Idlib, warning that hundreds of thousands of people could be killed.

The top U.S. military officer warned on Tuesday that a major Syrian regime military assault on Idlib would lead to a "humanitarian catastrophe" and instead recommended more narrowly tailored operations against militants there

"And if it succeeds we will have hundreds of thousands of lives spared. If it fails in the next days and hours we could see a battle more cruel than any previous battle in this the cruelest war of our generation," he added.