There is evidence Assad regime readying chemical weapons to use in Idlib, US envoy says 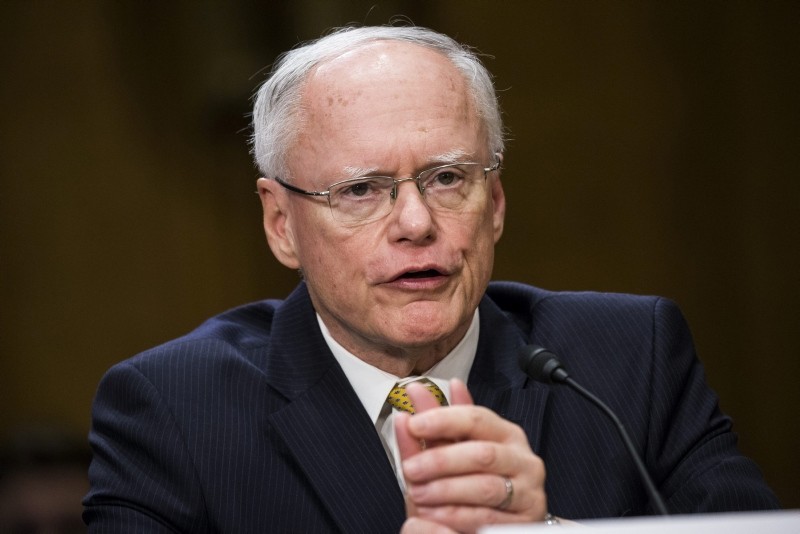 There is "lots of evidence" that chemical weapons are being prepared by Syrian regime forces to be used in northwest Syria's Idlib, the newly-appointed U.S. representative for Syria said Thursday, warning any attack on the enclave would be a "reckless escalation."

"Any offensive is to us objectionable as a reckless escalation," envoy James Jeffrey told reporters. "There is lots of evidence that chemical weapons are being prepared."

In August, the U.S., U.K. and France in a joint statement vowed to take action against any further use of chemical weapons by Bashar Assad's regime.

Diplomatic traffic has intensified lately on the negotiations on Idlib, amid rising concerns in the international community due to an imminent offensive by the Syrian regime.

International actors have warned the Assad regime and its backers, Russia and Iran, to hinder the offensive on Idlib due to the possibility of a humanitarian catastrophe that would cause massive causalities and a new migration wave.

An offensive on Idlib will lead to a bloodbath for civilians and a humanitarian tragedy, President Recep Tayyip Erdoğan said Tuesday to journalists.

The presidents of Turkey, Russia and Iran will meet on Friday in Tehran, as part of the trilateral efforts on finding a solution to the Syrian civil war. Turkey will be pushing for a diplomatic solution to avert a humanitarian tragedy in Idlib, home to about 3 million people.

Several countries including the U.S., Germany and France said they agreed with Turkey's concerns over Idlib and that they supported the Tehran summit.