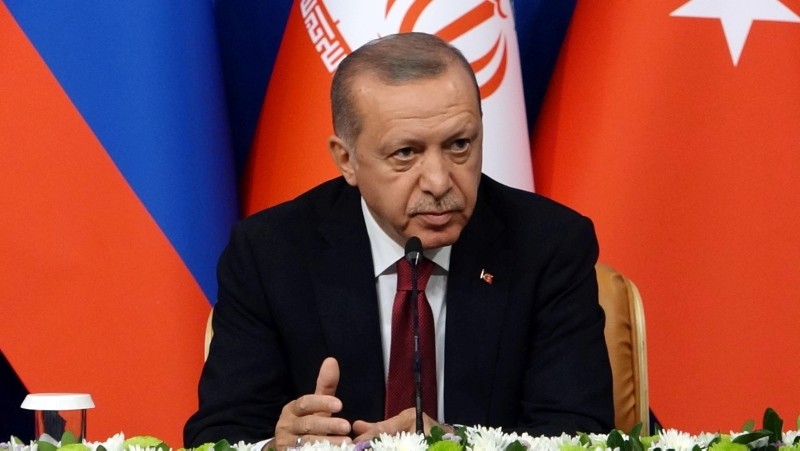 Saying that "Turkey will neither watch from the sidelines nor participate in such a game" to "further Regime's interests," the President also added that "Astana spirit" should reign in ways to find a "sustainable political solution" for the Syrian city under threat of an imminent attack from the regime forces.

"The importance we attach to today's Turkey-Russia-Iran trilateral summit, which my dear brother, Hassan Rouhani, hosted and my dear friend, Vladimir Putin, attended, reflects Turkey's care for the future of our Syrian brothers and sisters," he added, also saying methods that disregard civilian lives would only play into the hands of terrorists.

"If the world turns a blind eye to the killing of tens of thousands of innocent people to further the regime's interests, we will neither watch from the sidelines nor participate in such a game."

"The Idlib question must be resolved in line with the spirit of Astana and without giving rise to pain, new tensions or more suffering," Erdoğan said, further noting that the principles agreed upon in the Astana summit is key to finding a sustainable political solution to the Syrian crisis as well.

"It is necessary to avoid any faits accomplis under the pretext of fighting terrorism and to resist separatist efforts that seek to undermine Syria's territorial integrity and the national security of neighboring countries."

"As a country that hosts more than 3.5 million Syrians, Turkey will continue to strive for the voluntary and safe repatriation of refugees and a lasting solution, which will create a common ground for all parties to the Syrian dispute," the President concluded.