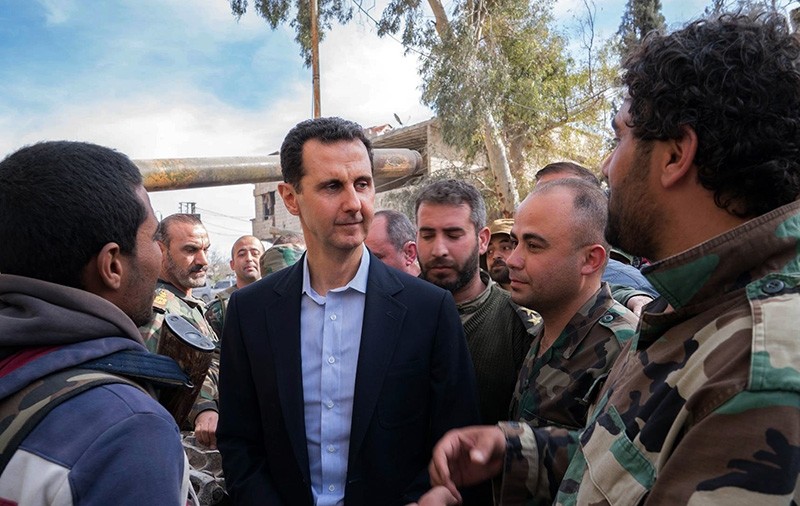 The regime vowed to press on with its "war against terrorism" to "liberate" the entire country.

"This agreement was the result of intense discussions between Syria and Russia," SANA cited a foreign ministry official as saying.

The regime "affirms it is pressing on with its war against terrorism until the liberation of the last inch of Syrian land, whether by military operations or local reconciliation," it also said.

After more than four hours of negotiations in the Black Sea resort of Sochi on Monday, President Recep Tayyip Erdoğan and Russian President Vladimir Putin agreed to create a 15-20 kilometer-wide buffer zone along the line of contact between opposition fighters and regime troops by Oct.15.

The agreement entails the "withdrawal of all radical fighters" from Idlib as well as "heavy weaponry from this zone," Putin said.

The Assad regime has been preparing a full-scale military operation on the last major opposition stronghold. Turkey and the international community have warned that such an action would result in a humanitarian catastrophe.