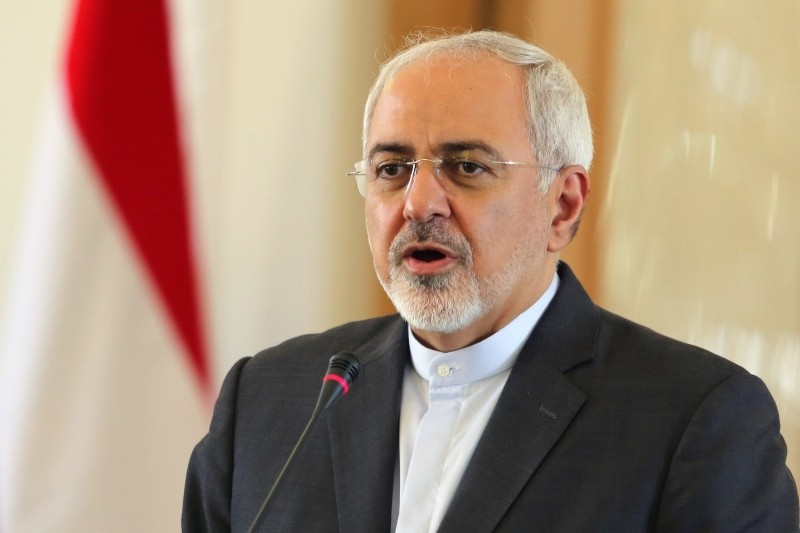 Iran's foreign minister on Tuesday hailed an agreement between Turkey and Russia to avert an assault on Syria's last major opposition stronghold in Idlib province as an example of "responsible diplomacy."

After more than four hours of negotiations in the Black Sea resort of Sochi on Monday, regime ally Russia and opposition backer Turkey agreed to create a demilitarized zone around the opposition bastion.

"Diplomacy works," he added, pointing to his visits to Ankara and Damascus as well as a three-way summit between the leaders of Iran, Russia and Turkey earlier this month.

Asked at a press conference on Tuesday whether Iran was consulted about the Sochi decision, Zarif said: "Yes, Iran has always been at the center of consultations."

Tehran and Moscow are key supporters of Bashar al-Assad in the country's seven-year civil war, while Ankara backs opposition fighters.

President Recep Tayyip Erdoğan and his Russian President Vladimir Putin agreed on Monday to create a 15-20 kilometer-wide buffer zone along the line of contact between opposition fighters and regime troops by October 15.

The agreement entails the "withdrawal of all radical fighters" from Idlib as well as "heavy weaponry from this zone," Putin said.