Israeli jet did not intentionally shoot down Russian plane near Syria, Putin says 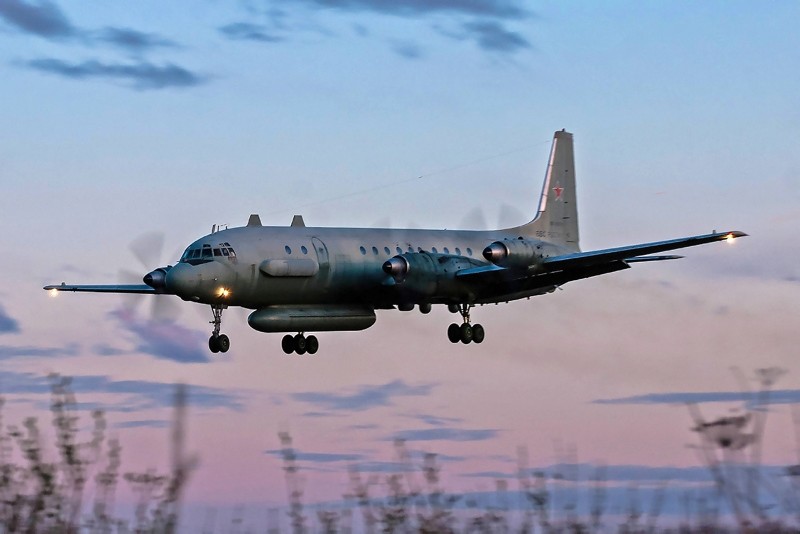 Russian President Vladimir Putin said Tuesday a "chain of tragic accidental circumstances" led to the downing by Syria of a Russian warplane with 15 people on board.

"An Israeli jet did not shoot down our plane," the Russian president said.

"It rather looks like a chain of tragic accidental circumstances," he told reporters, adding that Russia's response will be aimed at securing safety of Russian service people in Syria.

"These will be the steps that everyone will notice," Putin said, without providing further details.

He expressed condolences to the families of the victims, calling the accident a "tragedy for us all."

Putin made his remarks several hours after the Russian Defense Ministry put the blame squarely on Israel for "provoking" the incident. Putin did not voice his grievances against Israel, but said he supported the Defense Ministry's statement. The Ministry of Foreign Affairs summoned Israel's ambassador in Moscow following the incident.

Putin's comments appeared to somewhat soften Russia's criticism of Israel, though he said Russia still needed to look into what happened.

The Russian military said Tuesday that the Il-20 turbo-prop plane was hit by accident by a missile from Assad regime's S-200 air defense system, which was aimed at four Israeli F-16 fighter jets that were attacking targets in the coastal province of Latakia late on Monday.

Russia said the Israeli aircraft "pushed" the Russian plane into the line of fire. The ministry accused the Israeli army of "intentional provocation" and said Israel did not warn Russia of its operation in the area until one minute before the strike.

Russian military spokesman Igor Konashenkov said the Israeli pilots used the Russian plane as a cover to make it a target for the Syrian air defense systems.

"Hiding behind the Russian plane, Israeli pilots placed it for the fire of air defense of Syria," Konashenkov said in televised remarks.

"As a result of irresponsible actions of Israeli military, 15 Russian servicemen have died. We consider these provocative actions by Israel as hostile," he said, adding that "we reserve our right for a proper response."

Russian Defense Minister Sergei Shoigu called his Israeli counterpart Avigdor Lieberman on Tuesday morning, reportedly telling him Israel is "fully to blame" for the deaths of the 15 Russians onboard.

Russian Foreign Ministry spokeswoman Maria Zakharova said on social media that the Israeli ambassador in Moscow had been called into her ministry over the incident.

The Israeli army said it was "mourning" the downing of the Il-20, but denied any responsibility for the incident.

Rescuers are searching for wreckage but do not expect survivors.

The ministry said early on Tuesday that one if its military aircraft with 15 people on board disappeared from radar screens over Syria at the same time that Israeli and French forces were mounting aerial attacks on targets in Syria.

A U.S. official had said Washington believed the aircraft, which was used for electronic reconnaissance, was inadvertently shot down by anti-aircraft artillery operated by Moscow's ally, the Syrian regime.

Around the time the plane disappeared, the Syrian coastal city of Latakia, near a Russian airbase to which the Il-20 was returning, came under attack from "enemy missiles," and missile defense batteries responded, Syrian regime media reported.

The defense ministry in Moscow said the aircraft was returning to the Russian-run Hemeimeem airbase in Latakia province when, at about 11 p.m. Moscow time (20:00 GMT) on Monday, it disappeared from radar screens.

The plane was over the Mediterranean Sea about 35 km (20 miles) from the Syrian coastline, Russia's TASS news agency quoted the ministry as saying in a statement.

"The trace of the Il-20 on flight control radars disappeared during an attack by four Israeli F-16 jets on Syrian facilities in Latakia province," the statement was quoted as saying.

"At the same time Russian air control radar systems detected rocket launches from the French frigate Auvergne which was located in that region."

The fate of the 15 people on board the missing plane is unknown, and a rescue operation has been organized out of the Hemeimeem base, the ministry said.

Russia's military operation in Syria, which began in late 2015, has turned the tide of the conflict in favor of Moscow's ally, Syria's Bashar Assad, in his fight against opposition groups.

But it has come at a cost to Russia.

In December 2016, a Russian plane carrying dozens of Red Army choir singers, dancers and musicians crashed into the Black Sea on the way to Syria, killing all 92 people on board.

In March this year, a Russian military transport plane crashed when coming in to land at the Hemeimeem base, killing all 39 people on board.