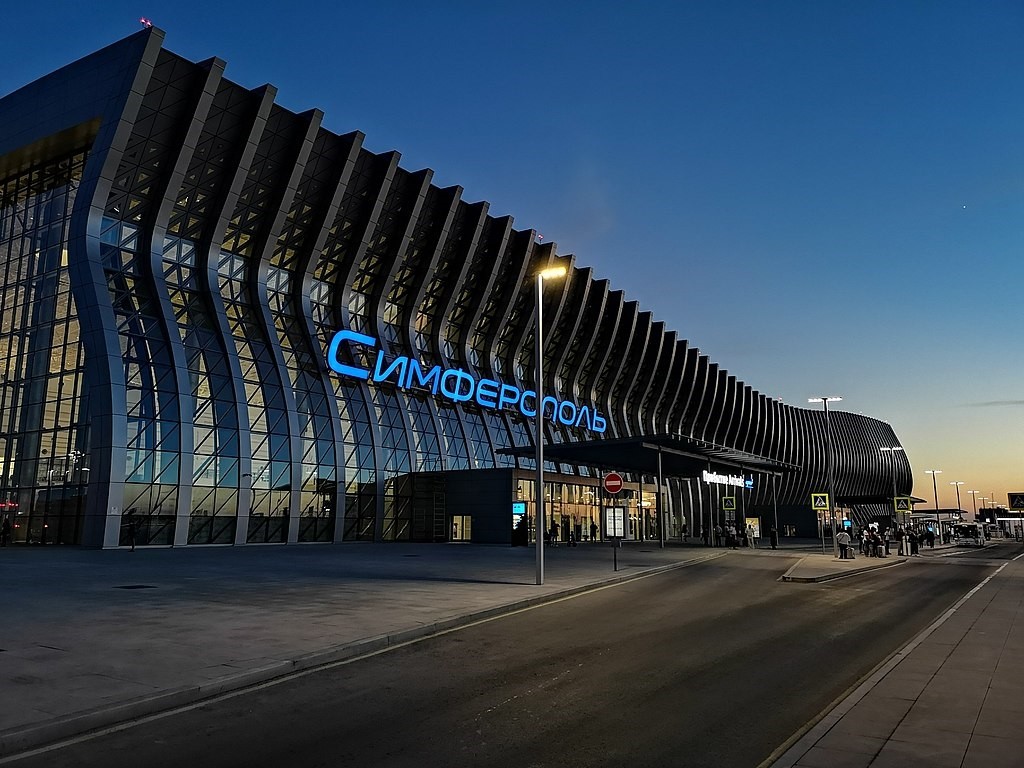 In this undated file photo, fau00e7ade of an airport is seen in the Crimean capital Simferopol, Ukraine.
by Daily Sabah with Reuters
Oct 16, 2018 12:00 am

The agencies cited members of a delegation of Crimea's de facto authorities visiting Syria this week, which includes the Kremlin-installed Prime Minister of Crimea Sergei Aksyonov.

Crimea has been under Western sanctions since it was illegally annexed from Ukraine by Russia in 2014.

Russia is a key ally of Assad in Syria's seven-year-long conflict and the leaders of two other Russia-backed breakaway regions, Georgia's South Ossetia and Abkhazia, also visited Damascus this year.

In late May, Syria recognized the independence of both South Ossetia and Abkhazia and later established diplomatic relations with the unrecognized republics.