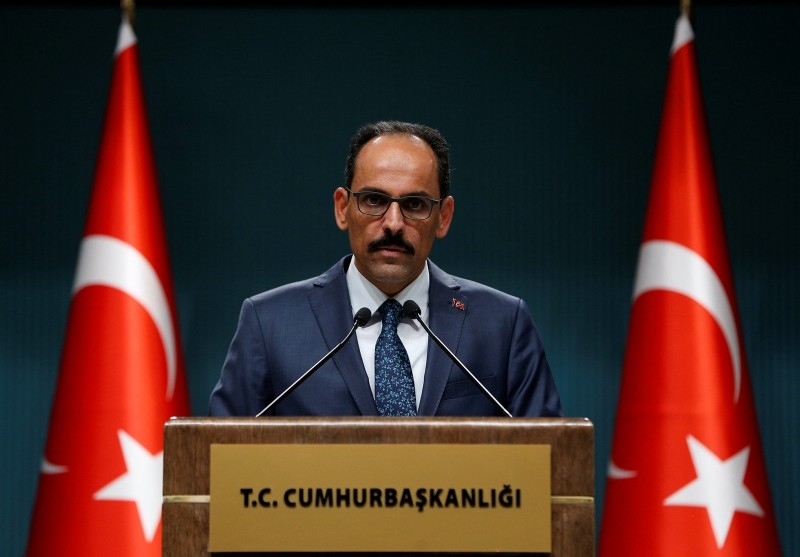 A four-way summit between the leaders of Turkey, Russia, Germany and France on the conflict in Syria will be held in Istanbul on Oct. 27, Presidential Spokesperson Ibrahim Kalın said Friday.

The meeting, which will be hosted by President Recep Tayyip Erdoğan, will see the participation of Russian President Vladimir Putin, German Chancellor Angela Merkel and French President Emmanuel Macron.

"The summit will aim to address the Syrian conflict with all its aspects, focusing on the situation on the ground, the Idlib agreement and the political process, and to harmonize joint efforts for finding a lasting solution to the conflict," Kalın said in a statement.

President Emmanuel Macron's office said Paris wanted to ensure a cease-fire in Idlib remained in place to prevent a new exodus of refugees and to provide new momentum for peace talks.

Turkey hosts 3.5 million Syrian refugees, more than any other country in the world. The country has spent more than $32 billion from its own national resources for helping and sheltering refugees since the beginning of the Syrian civil war.

Syria has only just begun to emerge from a devastating conflict that began in 2011 when the Assad regime cracked down on demonstrators with unexpected ferocity. Since then, hundreds of thousands of people are believed to have been killed and millions more displaced by the conflict.