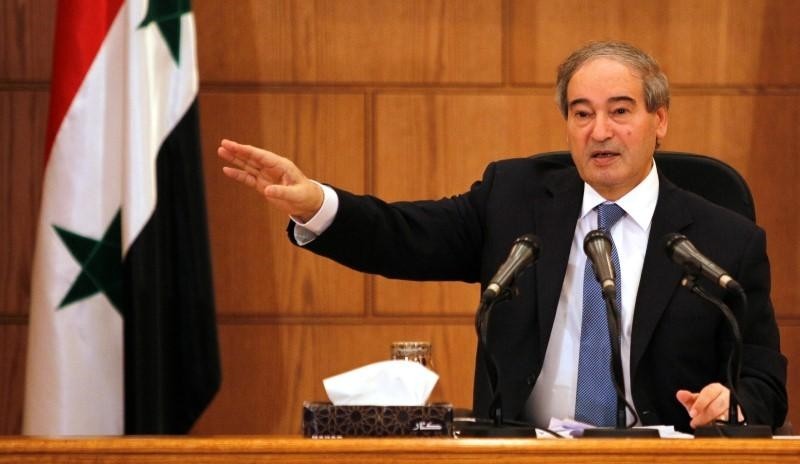 Syrian regime said Sunday it will cooperate with new U.N. envoy Geir Pederson if he avoids the "methods" of his predecessor.

Pedersen succeeds Staffan de Misutra, who steps down this month after four years of peace efforts that led nowhere.

Regime's Deputy Foreign Minister Faisal Mekdad told the pro-regime daily Al-Watan that they would cooperate with Pederson if he commits to the country's territorial integrity and stops supporting "terrorists, as his predecessor did."

The regime regularly refers to the opposition as "terrorists."

The conflict, now in its eighth year, has killed more than 400,000 people, displaced half of the country's population and left entire neighborhoods and towns in ruins. It has also drawn in international powers, with Russia and Iran backing the Syrian regime and a U.S-led coalition and Turkey also sending in troops.

Beginning in July 2014, de Mistura convened several rounds of indirect peace talks between the regime and the opposition, with little success. Russia started a separate process that resulted in local cease-fires but failed to kick-start a political process.

De Mistura's latest efforts focused on negotiating a joint regime-opposition committee to draft a new Syrian constitution. The regime largely rejected those efforts, saying they amounted to meddling in its internal affairs.

Pedersen previously served as U.N. special coordinator for Lebanon in 2007 and 2008, and was a member of Norway's team that negotiated the 1993 Oslo accords between Israel and the Palestinians.

According to a statement released by the Russian Foreign Ministry, the two sides discussed the results of the four-nation Istanbul Summit which took place on Oct. 27.

They also discussed issues pertaining to the establishment of the constitutional committee, the statement said.

Russian and Syrian participants of the talks agreed to continue their works for removing obstacles on the track of forming the committee, it added.