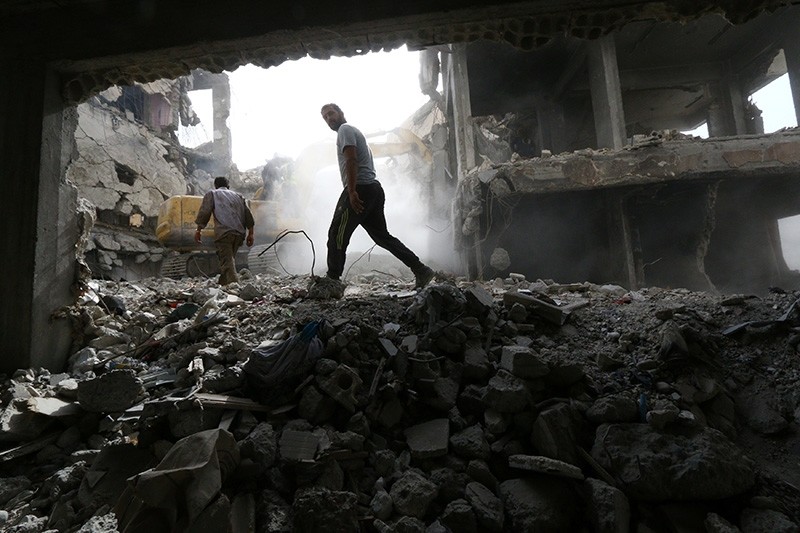 The killing of a local tribal leader in an alleged armed attack by the terrorist People's Protection Units (YPG) has risen tension in the northern Syrian city of Raqqa.

Following the assassination of its leader Bashir Faisal al-Huwaidi, members of Sabha tribe on Sunday called for a regional boycott of the PKK-affiliated YPG, which is being held responsible for the attack.

Al-Huwaidi -- who was known for his opposition to the terrorist group -- was killed on Saturday in Raqqa.

Many other regional tribes have also joined Sabha's condemnation of the attack, announcing their support for the boycott until the culprit is revealed.

On Sunday, a car bomb exploded near a military position in Raqqa, local authorities and a war monitor said, and Daesh terror group said it was behind the blast.

Raqqa security forces said a civilian had been killed and several people, including civilians and fighters injured. The war monitor, the Syrian Observatory for Human Rights, said the blast caused "a large number" of casualties.

Daesh said in a statement that it had detonated the bomb, targeting members of the YPG, the strongest element in the U.S.-backed Syrian Democratic Forces (SDF) group that drove the terrorists from Raqqa last year.

For the past year, the YPG has oppressed and terrorized Raqqa's local population -- as it has in other areas under its control.

It has forcibly recruited civilians into its ranks and has prevented many local residents from rebuilding their homes, many of which were destroyed last year by intense coalition airstrikes.

The YPG does not provide any public services, while residents accused of having links with the opposition frequently face arbitrary detention.

In a report published last December, the U.K.-based Syrian Network for Human Rights said a total of 2,323 civilians had been killed in Raqqa in the period from November 2016 to October 2017.