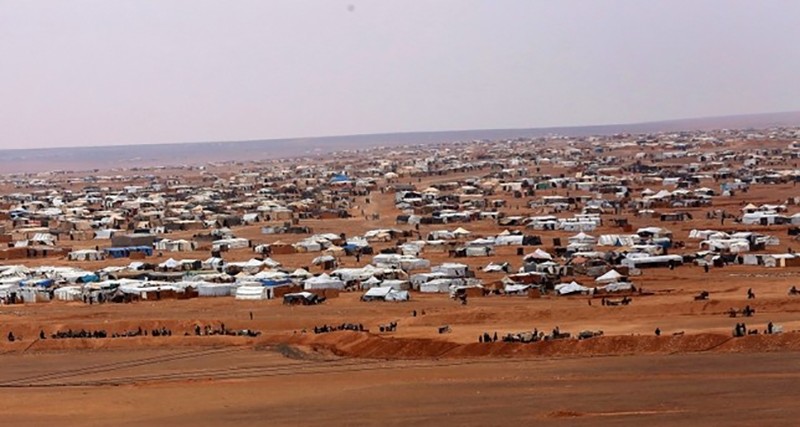 The Syrian Network for Human Rights (SNHR) called on Jordan to allow the delivery of much-needed humanitarian aid to Rukban refugee camp along its border with Syria.

In a recent report, SNHR blamed Jordan and the Bashar Assad regime in Syria for failing to alleviate the humanitarian disaster in Rukban camp, where about 50,000 people live.

SNHR held the Assad regime primary responsible for the humanitarian disaster in the camp, but said Jordan has not allowed humanitarian aid to enter the camp, even for those with severe health conditions.

The Jordanian government has been preventing humanitarian aid access to the camp since January, the report said.

It added that six refugees, five of them children, died of starvation and lack of medicine from early October to Nov. 3.

After a long delay, the U.N. delivered 78 truckloads of aid on Nov. 3, including clothing, medicine and food. However, the food was only enough to provide one family 20 days of nutrition, the report said.

The Rukban refugee camp is home to Syrian refugees from Deir el-Zour, Homs, Raqqa and Damascus.

Since it began in 2011, Syria's civil war has killed more than 350,000 and displaced one-third of its pre-war population of 30 million.