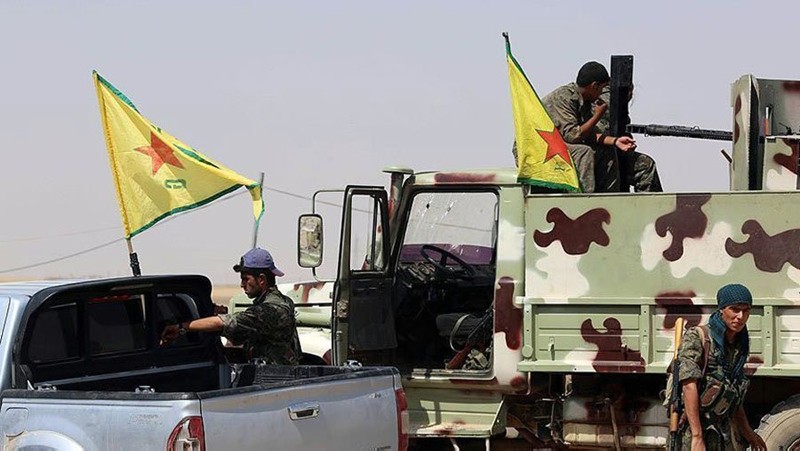 The PKK's Syrian affiliate the People's Protection Units (YPG) opened fire on civilians who were protesting high taxes and oppression by the terrorist group in Al-Hasakah province in northeastern Syria, local sources said.

The protest took place Tuesday in Ash-Shaddadi district in the YPG-held province, and terrorists used heavy weapons to disperse the protesters, the sources said.

The protests began in the province three days ago but escalated on Monday when YPG terrorists attacked civilians with mortar fire. A number of civilians were reportedly injured.

Ash-Shaddadi district is adjacent to the Iraqi border at an intersection point of Al-Hasakah and Deir el-Zour provinces. Both provinces have witnessed many protests against the YPG since 2016, when the terrorist group managed to take parts of the provinces under their control.

A protest rally was organized late August against the local security forces of the YPG in al-Hasakah.

Dozens of Christians gathered in the center of Qamishli to protest the closure of two Christian schools in mid-August. The protesters shouted slogans and demanded their schools to be reopened. They were confronted by YPG terrorists, who opened fire into the air to disperse the crowd.

The YPG, which is backed by the United States under the pretext of fight against Daesh, previously received numerous condemnations by international human rights bodies, including Human Rights Watch (HRW), Amnesty International and the United Nations, for its violations of human rights, including arbitrary arrests, forced recruitment of child soldiers and the forceful relocation of local people.

In August, HRW said the YPG is recruiting children from displacement camps in the country's northeast in violation of international law. Last year, the U.N. found 224 cases of child recruitment by the YPG and its female forces, nearly five times the number in 2016. It said the YPG had forcibly abducted the children in at least three cases.