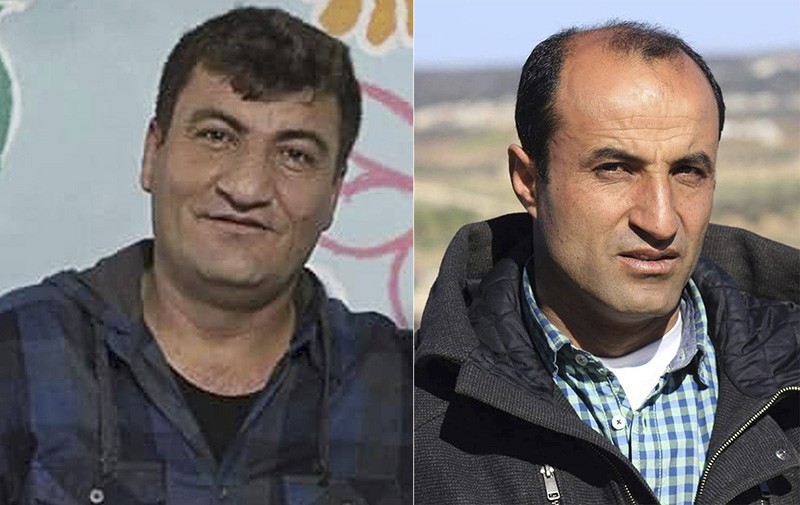 Gunmen in Syria's opposition-held northwestern province of Idlib shot and killed on Friday two prominent anti-regime activists who were also a sharp critic of extremists, their radio station and a monitor said.

Raed Fares and Hammoud al-Juneid were "shot dead by unknown assailants riding in a van in the town of Kafr Nabel" Idlib, Radio Fresh said on its Facebook page.

The Syrian Observatory for Human Rights, a Britain-based war monitor, said the two men died of their wounds from the attack, for which there was no immediate claim of responsibility.

A third, Ali Dandouch, sitting in the backseat, ducked the bullets and survived, he later told The Associated Press. Dandouch said three gunmen fired at them from a moving vehicle.

Fares was an influential figure known for his often humorous signs in English and Arabic criticizing Bashar Assad's regime during weekly protests.

Fares' U.S.-funded Radio Fresh station provides news of the conflict to Syria's northern provinces and is a source for international news outlets which have largely stayed away from the opposition-held areas amid rising lawlessness.

Fares' killing was a blow to the few independent voices that have continued to promote nonviolence and democratic change in the war-torn country.

In a June op-ed in The Washington Post, Fares lamented that the U.S. had cut funds to Syria's opposition areas, including the radio station he founded in 2013 in his hometown of Kafranbel in opposition-held Idlib province. He said such a move would only feed extremism.

"As a journalist and activist, I felt I had a duty to counter the fundamentalist narratives that are spreading among people who have no other source for hope in our war-torn homeland," Fares wrote in the Post on June 28. His station provided training and jobs for hundreds of young activists and citizen journalists.

"If it weren't for us and other independent voices, terrorists would be the only source of information about Syria locally and internationally. For that reason, the terrorist groups (and the regime) see us as a direct threat."

Fares survived an earlier assassination attempt in 2014 when he was shot in the chest by armed men. He was abducted by militants affiliated with an al-Qaida group and tortured. He criticized the militants' harassment of its critics. His radio station was raided by militants and bombed by regime warplanes.

Social media sites were rife with the news of Fares' killing. "My last friend & hope 4 a better Syria has been killed (today) after being let down by" everyone, Zaina Erhaim, a U.K.-based Syrian journalist who left the country in 2016, wrote on Twitter.

Fares gained fame during the Syrian uprising because of continued support for opposition protests even when the conflict took a violent turn.

His town gained attention during weekly anti-government protests because of the humorous English-language banners he created for each rally. "Do not send money. Gold is not edible," one banner read, urging the world to free a besieged area instead of sending assistance.

He organized protests to express support for the victims of the 2013 Boston bombings, which he called "a sorrowful scene of what happens in Syria every day. Do accept our condolences."

Fares was also a vocal critic of extremist groups, supporting rallies against them, and accusing them of silencing dissent. The Observatory reported that more than 390 people have been shot and killed since April in the rebel-held north amid a wave of assassination and lawlessness.

In his op-ed in the Post, Fares said he had seen militants regrouping in the absence of support for the less radical opposition.

"Syria's democratic future relies on our success," he wrote.

Mohammed Katoub, a doctor who supports health facilities in rebel-held areas, said public figures and civil society activists are increasingly under threat in northwestern Syria by militant groups. He said at least 13 doctors have disappeared since 2018.

"I think the targeted people are all public figures and community leaders who believe in the same values of humanity, dignity, justice and liberty," Katoub said. "You can't know (Fares) without loving him, his smile, his optimism, his hopes for Syria, (his) way of thinking and creativity."

A September deal between Turkey and regime ally Russia held off a major regime assault to retake Idlib.

But a buffer zone has yet to be implemented around the region, as stipulated by the deal, after extremists refused to withdraw from a planned demilitarized area by mid-October.

Syria's civil war has killed more than 360,000 people and sent millions fleeing from their homes since it started in 2011 with the brutal repression of anti-regime protests. It has since evolved into a complex conflict involving world powers and extremist groups.