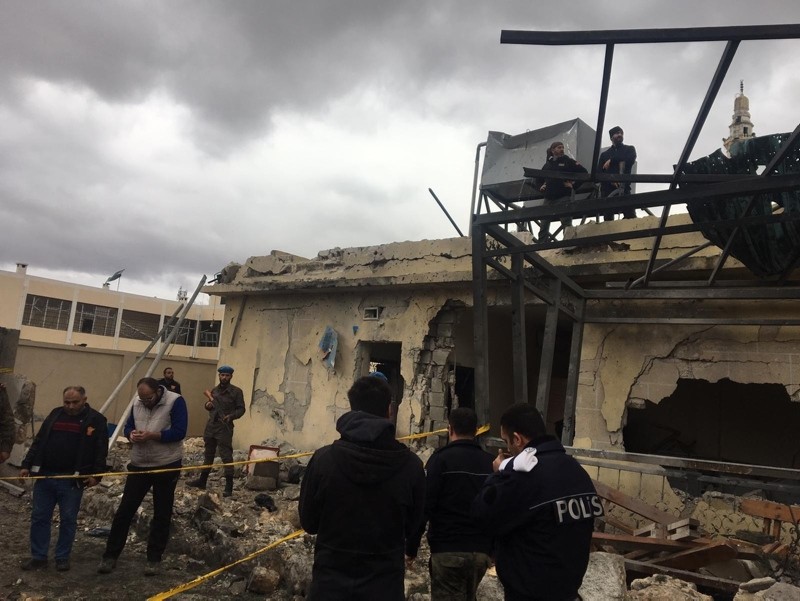 A car bomb attack left at least two civilians dead and 20 others injured Wednesday in the northern Syrian border town of Azaz, which is controlled by the Turkish-backed Free Syrian Army (FSA).

Civilian defense sources told Anadolu Agency that the attack, which took place near a hospital and school in the town center, killed a 12-year-old girl and another civilian.

The emergency teams of the White Helmets and the Humanitarian Relief Foundation (IHH) launched a search and rescue operation.

The Azaz Ahly Hospital was damaged and a nearby health center was rendered useless by the attack.

The windows of the Bedr al-Kubra elementary school, which was repaired by Turkey, were also shuttered due to the blast.

The wounded were transferred to the hospital while security forces boosted precautions.

No terrorist group has claimed responsibility for the attack so far.

Azaz is located across the border from Cilvegözü Customs Gate in southern Kilis province, which serves as Turkey's main gateway to Syria and closest crossing to the country's second largest city and economic hub Aleppo.

During the Syrian civil war, the town was controlled by the Syrian opposition to Bashar Assad's regime except for a brief Daesh rule between October 2013 and February 2014.

The town then became a major refugee concentration area and the main hub of Turkish relief efforts.

Ongoing threats by Daesh terrorist groups on the town were largely removed after Turkey's Operation Euphrates Shield launched in August 2016 cleared the neighboring towns of Jarablus, al-Rai, Dabiq and al-Bab from Daesh rule.

Meanwhile, a bomb-laden motorcycle also exploded in a marketplace in al-Rai on Wednesday, wounding five people.