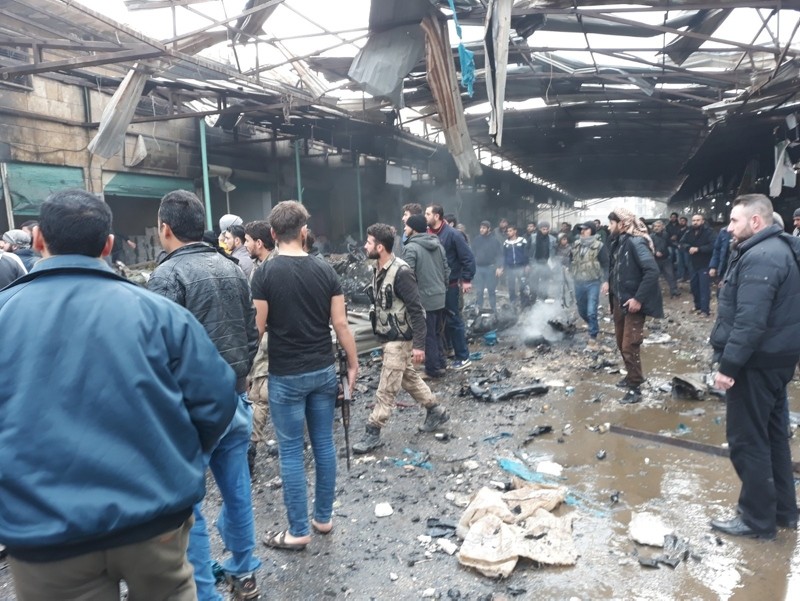 At least 4 civilians were killed and more than 20 others were injured after a bomb-laden vehicle exploded at a marketplace in the northwestern Syrian town of Afrin.

The Anadolu Agency reported that the blast also damaged shops in the area and that White Helmets units launched a search and rescue and firefighting operation amid rubbles.

The wounded were transferred to nearby hospitals.

Security forces tightened their precautions in the area. Another bomb-laden vehicle was discovered on the street in the town center and was difused by bomb squads.

Since Wednesday, when President Recep Tayyip Erdoğan announced that Turkey will soon launch an operation into Syria to clear the land east of the Euphrates River from YPG terrorists, at least 7 civilians were killed and 49 civilians were injured in terror attacks in the northern Syrian town of Azaz controlled by the TSK and the FSA.

The area was cleared from Daesh terrorists with Operation Euphrates Shield launched in Aug. 2016.