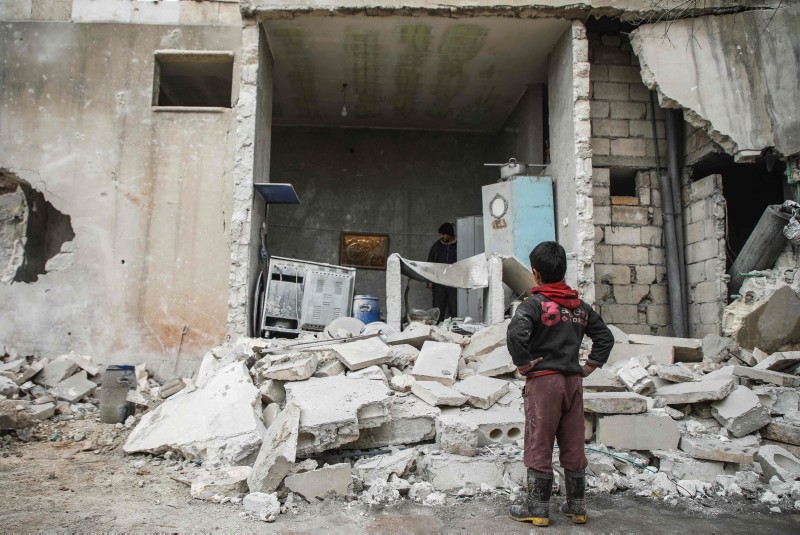 Three civilians were killed and nine others injured in Russian airstrikes in the northern Syrian province of Aleppo, according to local sources on Saturday.

The attacks targeted the areas of Darat Izza, Urum al-Kubra, Rashideen and Rift al-Muhandis inside the "de-escalation zones" in western Aleppo late Friday, the sources said, requesting anonymity due to security reasons.

He said the injured were rushed to nearby hospitals for medical treatment.

An opposition aerial observatory said the airstrikes were carried out by warplanes that flew from the Khmeimim Air Base in Latakia in south-eastern Syria.

Abu Ubeide said regime forces and Iranian-backed militias had tried to advance into the opposition-held Rashideen area before the airstrikes but were repelled by opposition forces.